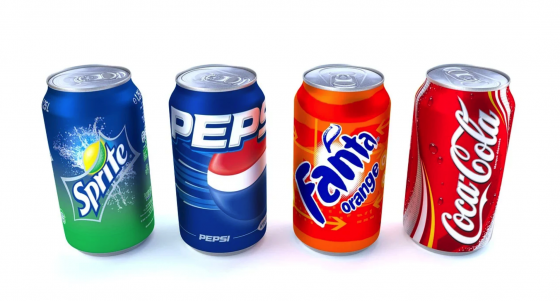 I had no idea that things had gotten so bad.  Earlier today, my wife spoke with the manager of a local grocery store because she wanted to place a large order for some canned goods.  What she was told surprised her, and it certainly surprised me.  The manager of this local grocery store told her that there are numerous nationwide shortages going on at this moment, and he indicated that there are lots of products that he simply cannot get right now.  When my wife told me what he had said, I decided that I had to look into this, because I hadn’t heard that canned goods were in short supply.  Well, it turns out that the manager that my wife spoke with was right on target, and that should deeply alarm all of us.

One thing that my wife was specifically told was that there is a nationwide shortage of aluminum cans, and this is having a tremendous impact on the soda industry.

In fact, things have gotten so bad that Coca-Cola has been forced to publicly address the situation…

Coke Life, Mello Yellow, Sprite Zero, Fresca and more. These are among some of the products you may have had trouble locating on store shelves in recent weeks.

And you’re not alone.

When asked about the situation, Coca-Cola told one Twitter follower: “We are seeing greater demand for products consumed at home & taking measures to adapt, working to mitigate the challenge during this unprecedented time. We appreciate your loyalty to our beverages; please know that we’re working hard to keep the products you love on the shelves.”

Apparently the big reason why there is a shortage is because people are consuming far more beverages at home than usual, and this has created a huge demand for canned drinks.

Right now, Coca-Cola and Pepsi are primarily focusing on using their limited supplies of aluminum cans to produce their core products, and this has made less popular flavors very difficult to find…

Both Coca Cola and Pepsi have reportedly been forced to focus on their most popular flavors in order to keep them in stock, making the less popular flavors harder to find for the time being.

Unfortunately, we aren’t just facing a shortage of aluminum cans.

According to the Wall Street Journal, some of the biggest food manufacturers in America are admitting that there are nationwide shortages of “flour, canned soup, pasta and rice”…

Grocers are having trouble staying stocked with goods from flour to soups as climbing coronavirus case numbers and continued lockdowns pressure production and bolster customer demand.

Manufacturers including General Mills Inc., Campbell Soup Co. and Conagra Brands Inc. say they are pumping out food as fast as they can, but can’t replenish inventories. Popular items such as flour, canned soup, pasta and rice remain in short supply.

Of course those are precisely some of the key items that preppers tend to stock up on.

I think that millions of Americans can sense what is coming, and they are gathering supplies while they still can.

Meanwhile, the nationwide coin shortage continues to get even worse.

This week, I was stunned to learn that Kroger has announced that it will “no longer return coin change to customers”…

If you pay with cash at one of Kroger’s cashier checkouts, you won’t be getting coin change for a while, and it’s indirectly due to the coronavirus.

Kroger spokesperson Erin Rofles confirmed Friday the grocer will no longer return coin change to customers. Instead, the remainders from cash transactions will be applied to customers’ loyalty cards and automatically used on their next purchase.

This coin shortage is being caused by the COVID-19 pandemic, and it is likely to last for as long as this pandemic persists.

If we have already gotten to the point where the federal government is unable to produce enough coins for all of our businesses, how long will it be before we start witnessing a shortage of dollar bills?

At this point, even Walmart is acknowledging the stress that the nationwide coin shortage is putting on their operations…

Walmart has also been impacted been the shortage. In a statement to WMAZ, Walmart spokesperson Avani Dudhia, “Like most retailers, we’re experiencing the affects of the nation-wide coin shortage. We’re asking customers to pay with card or use correct change when possible if they need to pay with cash.”

The COVID-19 pandemic has also deeply affected the meat processing industry.  Numerous meat processing facilities all over the nation have been shut down in recent weeks, and this has limited supplies and pushed up prices.

In fact, we saw some pretty dramatic price increases during the month of June…

Once again, meat prices went up.

I have repeatedly warned my readers that meat prices were going to go up substantially, and so hopefully a lot of you out there stocked up before the price increases hit.

What we have been witnessing over the first half of 2020 should be a major league wake up call for all of us, because it has become clear that our system is far more vulnerable to shocks than most people ever imagined.

If COVID-19 can cause this much chaos, what is going to happen when a crisis that is far more severe comes along?

Even though I write about this stuff on a constant basis, I was stunned when my wife told me that we couldn’t get the canned goods that we wanted because a nationwide shortage was happening.