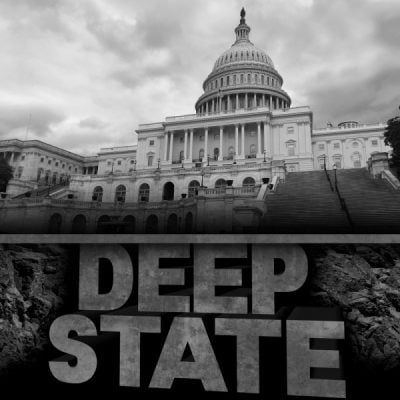 Imagine, you are living in a world that you are told is a democracy – and you may even believe it – but in fact your life and fate is in the hands of a few ultra-rich, ultra-powerful and ultra-inhuman oligarchs. They may be called Deep State, or simply the Beast, or anything else obscure or untraceable – it doesn’t matter. They are less than the 0.0001%.

For lack of a better expression, let’s call them for now “obscure individuals”.

These obscure individuals who pretend running our world have never been elected. We don’t need to name them. You will figure out who they are, and why they are famous, and some of them totally invisible. They have created structures, or organisms without any legal format. They are fully out of international legality. They are a forefront for the Beast. Maybe there are several competing Beasts. But they have the same objective: A New or One World Order (NWO, or OWO).

the Group of 20 – G20 (the leaders of the economically” strongest” nations). There are also some lesser entities, called the Bilderberg Society, the Council on Foreign Relations (CFR), Chatham House and more.

The members of all of them are overlapping. Even this expanded forefront combined represents less than 0.001%. They all have superimposed themselves over sovereign national elected and constitutional governments, and over THE multinational world body, the United Nations, the UN.

In fact, they have coopted the UN to do their bidding. UN Director Generals, as well as the DGs of the multiple UN-suborganizations, are chosen  mostly by the US, with the consenting nod of their European vassals – according to the candidate’s political and psychological profile. If his or her ‘performance’ as head of the UN or head of one of the UN suborganizations fails, his or her days are counted. Coopted or created by the Beast(s) are also, the European Union, the Bretton Woods Organizations, World Bank and IMF, as well as the World Trade Organization (WTO) – and – make no mistake – the International Criminal Court (ICC) in The Hague. It has no teeth. Just to make sure the law is always on the side of the lawless.

In the end its financial or debt-economy that controls everything. Western neoliberal banditry has created a system, where political disobedience can be punished by economic oppression or outright theft of national assets in international territories. The system’s common denominator is the (still) omnipresent US-dollar.

The supremacy of these obscure unelected individuals becomes ever more exposed. We, the People consider it “normal” that they call the shots, not what we call – or once were proud of calling, our sovereign nations and sovereignly elected governments. They have become a herd of obedient sheep. The Beast has gradually and quietly taken over. We haven’t noticed. It’s the salami tactic: You cut off slice by tiny slice and when the salami is gone, you realize that you have nothing left, that your freedom, your civil and human rights are gone. By then it’s too late. Case in point is the US Patriot Act. It was prepared way before 9/11. Once 9/11 “happened”, the Patriot Legislation was whizzed through Congress in no time – for the people’s future protection – people called for it for fear – and – bingo, the Patriot Act took about 90% of the American population’s freedom and civil rights away. For good.

We have become enslaved to the Beast. The Beast calls the shots on boom or bust of our economies, on who should be shackled by debt, when and where a pandemic should break out, and on the conditions of surviving the pandemic, for example, social confinement. And to top it all off – the instruments the Beast uses, very cleverly, are a tiny-tiny invisible enemy, called a virus, and a huge but also invisible monster, called FEAR. That keeps us off the street, off reunions with our friends, and off our social entertainment, theatre, sports, or a picnic in the park.

Soon the Beast will decide who will live and who will die, literally – if we let it. This may be not far away. Another wave of pandemic and people may beg, yell and scream for a vaccine, for their death knell, and for the super bonanza of Big Pharma – and towards the objectives of the eugenicists blatantly roaming the world – see this. There is still time to collectively say NO. Collectively and solidarily.

Take the latest case of blatant imposture. Conveniently, after the first wave of Covid-19 had passed, at least in the Global North, where the major world decisions are made, in early June 2020, the unelected WEF Chairman, Klaus Schwab, announced “The Great Reset”. Taking advantage of the economic collapse – the crisis shock, as in “The Shock Doctrine” – Mr. Schwab, one of the Beast’s frontrunners, announces openly what the WEF will discuss and decide for the world-to-come in their next Davos Forum in January 2021. For more details see this.