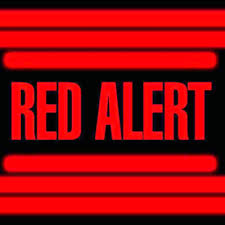 Between Election Day and Inauguration Day, Patriots Must Arm Up and Armor Up

It’s entirely true: Very, very few Americans really understand the seriousness of what is about to occur.

Most well-informed Patriots don’t have a clue about the imminent danger that every single one of US is in today.

*DISCLAIMER: This RED ALERT is by no means an exercise in fearmongering; rather, it is meant to be the ultimate reality check for Patriots; so read very carefully, PLEASE.

What follows are the undeniable political realities in the run-up to November 3rd, 2020.

The Democrats are determined to occupy the White House on Wednesday, January 20, 2021.  They will cheat and steal, defraud and scam, kill and murder their way into the Oval Office if necessary.  They will stop at nothing—NOTHING ! ! !

The Democrats are also set to steal the U.S. Senate as an insurance policy.  In this way, they will impeach Trump in the House if he wins; and then convict him in the Senate with their stolen majority.  That little drama would likely begin on Inauguration Day.

KEY POINT: The Democrat Party working closely with Deep State already proved that they could steal any and every election they wanted to during the 2018 midterms—IN BROAD DAYLIGHT.  And, not a single substantive measure has been taken to secure the federal election system or electoral process in the aftermath.  In point of fact, the state of affairs has deteriorated appreciably in the coronavirus era with Democrat-dominated counties everywhere pushing for 100% mail-in ballots or easily hacked digital voting.

On the other side of the political divide, most conservatives are well aware that a Democrat can no longer be permitted to serve as POTUS.  Such a prospect means the final end of the Republic.  It also means that many powerful Patriots will be expeditiously carted off to FEMA camps after their Alt Media websites are de-platformed and shut down, their non-profits are shuttered and their businesses are bankrupted.

For these and many other reasons, the Right knows that any Democrat — no matter who it is — cannot be allowed into the Oval office — especially if Democrats rule over both chambers of Congress.

Likewise, the Left will not, under any circumstances, accept another Trump presidency.  And, they will go to war — Civil War — to stop it.

But, then, so will the Right.  After all, every prominent member of the Patriot Movement faces existential threats in the event of a Democrat president.

Today’s predicament is similar to that of 2016 if Hillary Clinton had won; it would have been all over for the United States of America.  Only things are considerably worse this election cycle… and getting uglier by the week.

Then there is this likely scenario playing out should the Democrats prevail on November 3rd.

Isn’t it quite suspicious that Joe Biden has yet to choose a running mate less than 4 months to Election Day?!?!

Well there are several reasons why this is happening by highly purposeful design.

Perhaps the most significant of those is explained in the following excerpt from an SOTN 2020 election analysis.

If the Democrats are successful in stealing the 2020 POTUS election, their strategy is simple.

They will either keep Biden in office and use his fake “Crazy Uncle Joe” image to foist a tyrannical regime on the nation.

Or, they will force him to resign as POTUS after he proves himself to be mentally unfit for high office, physically incapacitated due to his previous brain surgeries, or overwhelmed by criminal cases lodged against him and previous scandals that come to light (UKRAINEgate is only one of several of his serious crime sprees).

There is also the distinct possibility that, if he refuses to leave when his masters demand it, they will take him out via a COVID-19 hospitalization.  After all, geriatric genocide is the major cause of death on the planet today.

At this point, everything points to the fastidiously sculpted “female Obama” — Kamala Harris — to be selected as his VP running mate.

If the former senator from California is chosen to run with “SleepyCreepy Joe”, it’s because he will either resign, be forced to retire or offed some way to make room for the real Witch-in-Chief Kamala Harris. See: The Worst of Kamala Harris (Video)

Exactly what makes a Harris presidency so perilous to the Republic and so dangerous to the Patriot Movement?

The crucial answer to that question can be found in this SOTN exposé that predicted the current race war in February of 2019: OPERATION CRAFTY BEAVER: Deep State attempts to start a race war before stealing the 2020 POTUS election

What happens if Harris is deceitfully installed?

Every soul on the Right will either head for the hills before they end up in a FEMA camp, or they will grab their guns and other weapons and head for Washington, D.C.

WHY?  Because that specific outcome–Kamala Harris in the White House–is the absolute worst-case scenario that will surely bring America to Civil War 2.0.

What conclusion can be drawn from either election outcome?

The Democrats win, it over for the Right.

Bombshell Report: Fed Is Aware that Big Banks Are Rigging their Stress Tests and Letting Them Get Away with It