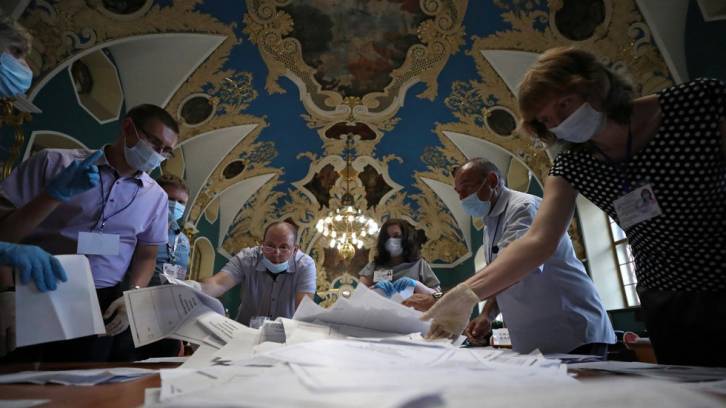 The outcome of Russia’s ‘national vote’ on a series of amendments to the constitution serves to reaffirm that most Russians want the country to plow its own furrow, regardless of what outsiders think.

In the end, the margin was huge. Exit polls suggested around 70 percent of voters said ‘yes’ to 206 amendments to their constitution, and close to 30 percent rejected the changes. Official results put the ‘yes’ vote at over 78 percent, with 99 percent of ballots counted.

Even liberal political organizers in Moscow conceded that their own exit polls showed the capital had supported Vladimir Putin’s proposals. What’s more, those tallies revealed how a majority of voters in numerous Moscow districts with opposition-controlled local councils had backed the ‘yes’ side.

One thing forgotten in almost all Western speculation about the process (erroneously labeled a ‘referendum’ by some US/UK media) was that it wasn’t strictly necessary at all. The backing Putin obtained in spring from the Duma (parliament), the Constitutional Court, and all 85 federal subjects sufficed. However, the president decided to stage a ‘confirmatory plebiscite’ to obtain broad public legitimacy for his project. Thus, the vote itself was mostly about establishing whether Putin still has a popular mandate to uphold his domination of Russian politics.

It had been a curious ‘campaign,’ with most prominent opponents of the Kremlin relatively muted. Indeed, the half-inside-the-tent Communist Party was an outlier in being more vocal and forthright than usual, emphatically calling for a ‘no’ vote. Veteran leader Gennady Zyuganov dubbed it “disappointing and depressing.”

Alexei Navalny had labeled the existing constitution “disgusting” in January, saying it contained “the mechanisms used to usurp power” and telling his supporters “Do not defend it.”

That document dated back to 1993, when then-president Boris Yeltsin introduced it – with Western support – to create a “hyper-presidential” system. It came after the Communist-controlled parliament attempted to impeach the pro-Western leader, and he resorted to military force to hold onto power, which led to 187 people being killed and 437 wounded.

On Wednesday evening, a protest in downtown Moscow was so poorly attended and halfhearted that police handed out masks to the demonstrators, with Covid-19 in mind. Hardly the rough arm of the state crushing resistance. A handful of dissenters who gathered on Red Square, without permission, were detained and then swiftly released.

Russian police give out protective masks at unauthorized rally against the constitutional amendments#Moscow #COVID19https://t.co/LMV1GhvxA5 pic.twitter.com/3HxjW7Q8xU

In truth, the Kremlin had left the opposition with a thankless task. While they opposed the plan to nullify Putin’s term limits, a lot of popular measures included were difficult to oppose without offending large swaths of voters: for instance, civil servants being prohibited from holding foreign bank accounts and citizenship, a ban on giving away any Russian territory, and a guarantee that the minimum wage will not be lower than the cost of living. 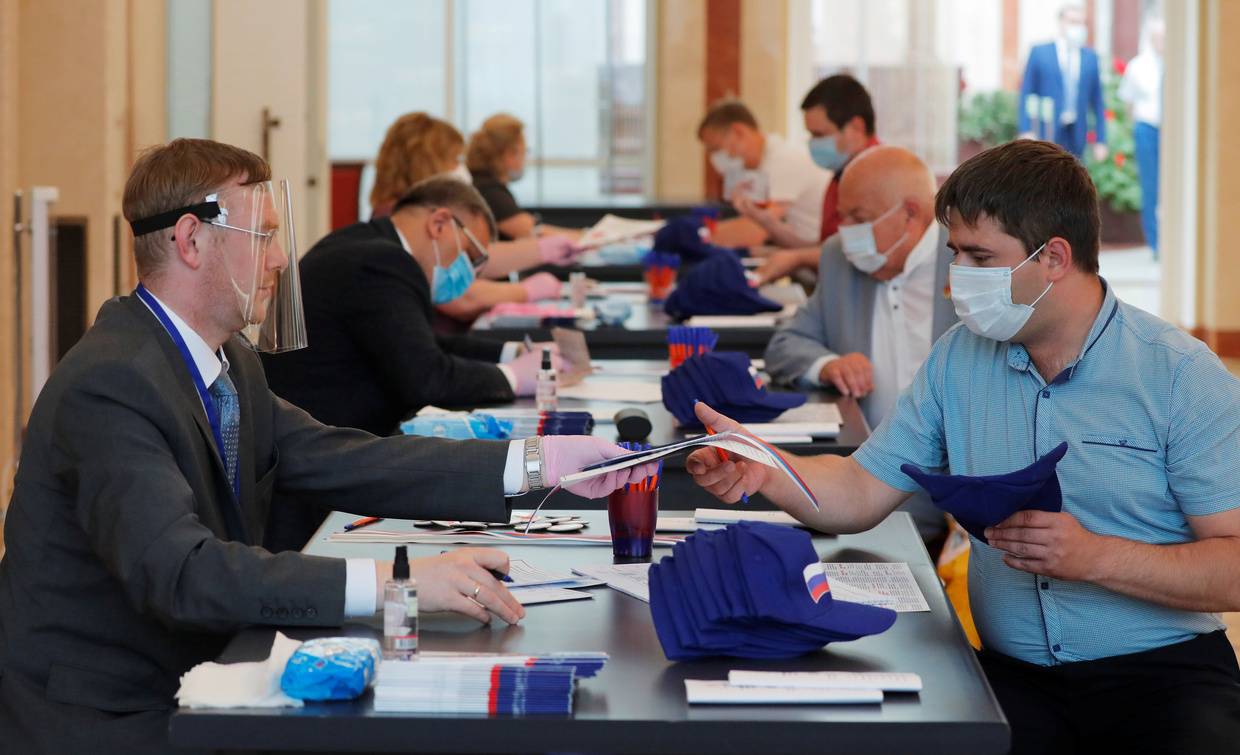 A man wearing a protective face mask receives a ballot at a polling station during a seven-day nationwide vote on constitutional reforms in Russian embassy in Minsk, Belarus July 1, 2020. © REUTERS/Vasily Fedosenko

Like it or not, some people were also attracted by the clause banning same-sex marriage and another one saying ethnic Russians are to be recognized as the founders of the state. Another popular change was the provision recognizing the modern Russian Federation as the successor to the USSR and preserving its legacy as the victor in WWII, fueling the sort of militarism many liberals find distasteful.

Another issue is that polls have consistently shown a majority of Russians actually want Putin to remain in power after the 2024 election. Only last summer, Levada (a Western-leaning pollster independent of the Kremlin) found that 54 percent of Russians would like him to stay on until at least 2030. Only 38 percent wanted him out four years from now.

Western media coverage of the process has been rather bizarre, focusing almost solely on the Putin term-limits issue while ignoring or glossing over the fact that the vast majority of Russians still clearly support his system. Once upon a time, this was attributed to the power of ‘state TV,’ but today, when the internet is beginning to overtake the zombie box as the primary source of news, that unsophisticated trope is clearly redundant.

Russia is not a dictatorship, and Putin is not a dictator. The setup is ‘soft’ authoritarian and it relies on the consent of the majority to keep power. The provisions in the new constitution – most notably term limits for future presidents and immunity after leaving office – also suggest the president wants to continue with a form of representative government.