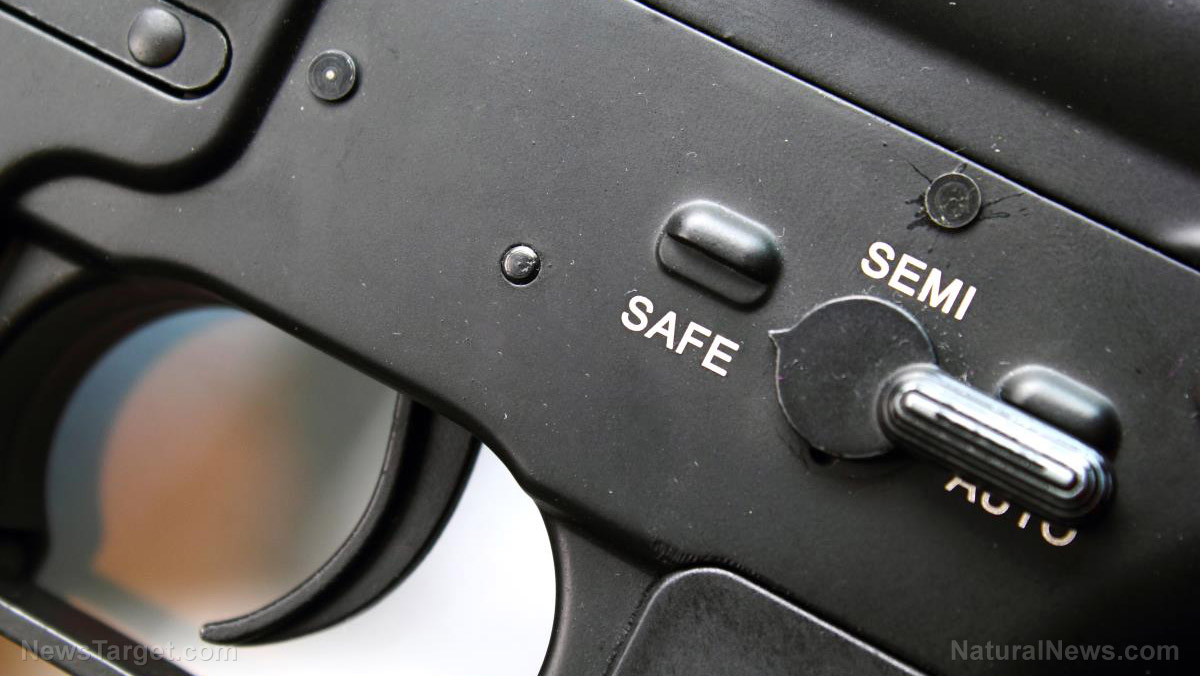 We have bombshell new intel to share with you today that connects some recent dots on the emerging violence (and civil war attempt) from Black Lives Matter, the militant terrorism wing of the Democrat party.

Summary of what you’ll find in this article:

We begin with the recent news that China was caught attempting to smuggle “10,800 assault weapons parts” into Louisville, Kentucky. This news was announced by U.S. Customs and Border Protection (CBP) on June 26, 2020:

At the Express Consignment Operations hubs in Louisville U.S. Customs and Border Protection (CBP) officers seized a shipment from China that contained over 10,000 Assault Weapons parts being smuggled into the country.

The shipment was seized on May 22. Officers inspected the item, which was arriving from Shenzhen, China, destined for a residence in Melbourne, Florida. The parcel was manifested as containing 100 Steel Pin Samples. This is a common practice of smugglers manifesting the contraband as a harmless or a legitimate commodity in hopes of eluding further examination.

The official CBP announcement did not offer any specifics on what exactly the “assault weapons parts” were, but we have since learned from another source that the parts were drop-in full-auto mods for AR-15 rifles.

Full auto drop-in parts are very simple but highly illegal parts which turn a semi-auto AR-15 into a full-auto AR-15, which is illegal for civilians to own. Such parts replace a small number of existing parts in the AR-15 trigger mechanism and safety selector. Because the parts are very small, a high number of them — such as 10,800 — can be hidden in shipments that claim to be other things such as machinery parts or samples.

This means China was sending 10,800 full-auto rifle mods to Melbourne, Florida, which no doubt serves as a distribution hub for moving those pieces nationwide.

You might reasonably wonder, then, why China would be sending full-auto rifle mods to the USA. The answer is that China supports the civil war attempt by Black Lives Matter, and China is coordinating with BLM terrorists to arm up their militant troops across the country, upgrading their legally-acquired AR-15 weapons to “full auto” status, which makes them far more formidable in a kinetic assault.

Melbourne, Florida, is known as a human trafficking, drug trafficking and weapons trafficking mecca, with smuggling routes that are well established across both land and water. With easy access to both Orlando and Miami airports, contraband that comes into Melbourne is easy to distribute across the USA within days. The human trafficking is so bad in Melbourne that every law enforcement officer working the area has had contact with human trafficking operations there.

We now believe that some of these full-auto weapons mods end up under the control of Democrat governors like Newsom, the California Governor who actively seeks to see America destroyed.

Several weeks ago, we learned from a source in California that the East End Complex – Block 174 – of the Capitol building in Sacramento, California, has a vast underground storage complex that consists of multiple floors, much like a giant underground parking garage. The construction alone cost a quarter of a billion dollars:

From JohnsonFain.com, the firm that designed the facility:

…this project is an ambitious multi-block mixed-use development to consolidate the headquarters operations of three major departments of California State government. 6,400 employees of the Departments of Health Services, Education and General Services are housed in the five-building, 1.5 million square foot development, along with 1,500 parking spaces…

The Department of Health Services and General Services are housed in the second portion of the Capitol Area East End Complex, known as Blocks 171-174. This design-build team is made up of Clark Construction and Gruen Architects who completed this $225.6 million complex.