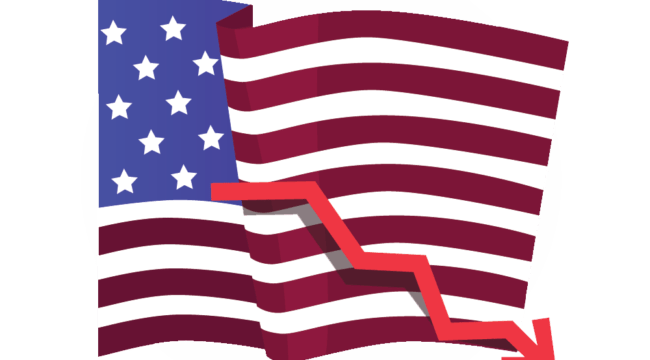 Monetary and fiscal policy won’t lift us out of the new depression. Let’s first take a look at monetary policy.

A monetarist attempting to fine-tune monetary policy says that if real growth is capped at 4%, the ideal policy is one in which money supply grows at 4%, velocity is constant and the price level is constant. This produces maximum real growth and zero inflation. It’s all fairly simple as long as the velocity of money is constant.

It turns out that money velocity is not constant, contrary to Friedman’s thesis. Velocity is like a joker in the deck. It’s the factor the Fed cannot control.

The velocity crash did not stop with the market crash. It continued to fall to 1.43 by late 2017 despite the Fed’s money printing and zero rate policy (2008–15).

Even before the new pandemic-related crash, it fell to 1.37 in early 2020. It can be expected to fall even further as the new depression drags on.

But what about fiscal policy? Can that help get the economy out of depression?

Congress is far along in authorizing more deficit spending in 2020 than the last eight years combined. The government will add more to the national debt this year than all presidents combined from George Washington to Bill Clinton.

This comes on top of a baseline budget deficit of $1 trillion.