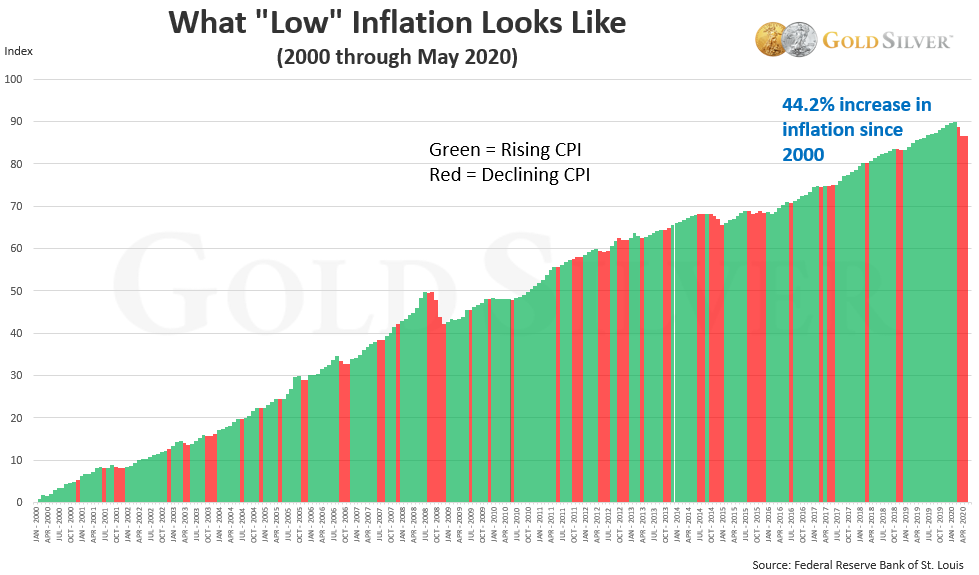 This cult is robbing them. And it’s doing so clandestinely, without their knowledge or approval. It’s so sly that they don’t even know it’s happening.

In fact, the leaders behind this cult have convinced them that this system is normal. They accept it, since that’s the way things are done and the way everyone else does it.

But it continues to rob them. Even as you read this.

In order to escape this cult they must undergo some deprogramming. However, getting debriefed from a cult is not easy, and they may resist and protest and refuse.

But that won’t change the fact of what is happening, and their situation will not improve until they accept what is taking place and agree to do things in a different way. And here’s the good news: once they understand how they’re being robbed, the solution will become apparent to them.

Most of our readership already understands this cult. So I offer the following deprogramming to your friends and family as a way to bring them back to “normal,” to help them realize why they can never seem to get ahead, and what they can do about it…

The Cult of Fiat Currency

If you could look at the entirety of monetary history in one snapshot, some glaring facts would stick out. You’d see that gold and/or silver have frequently served as monetary standards, even in the United States not that long ago… that fiat currency systems have always eventually failed… and that for the first time in recorded history all monetary systems in the world are fiat based.

This fully-fiat period in history has never happened before. That means there’s no playbook to tell us what could happen, that it’s really just an experiment. Living in this unprecedented time in history means that risks to the monetary system are high.

In the meantime, the robbery continues. Because we live in a fiat world—where paper dollars are “money” because the government says they’re money—they can be diluted at will. And it only takes a 7th grade education to understand that the more you create of x, the less valuable x becomes.

I’m sure you are aware of all the QE efforts that are underway. When those currency units are first created, they benefit those that receive them first. In other words, the people ahead of you. The longer it takes for those new units to reach you, the less valuable they become. For the most part you are at the end of that line.

This is nothing new. History shows that creating currency has been the most common way to “restructure” debt. Currency dilution is a trick played by central bankers and politicians to devalue debt, since it allows them to repay it in “cheaper” dollars.

You may claim that consumer inflation is low, so what does a little dilution matter? But you’re overlooking the fact that even low inflation adds up.

That means that the dollars you saved 20 years ago have lost almost half of their purchasing power. This makes you a member of the cult of fiat currency. You’ve done nothing wrong, but there’s a serious leak in your financial boat.

Whether you’re aware of it or not, and regardless of what else you may think, you’ve got to deal with the fact the dollar bills in your wallet or purse continue to leak value. If you’re saving for a new car or for your retirement, those dollars will afford you less in the future. In other words, the current monetary system guarantees that you will buy less of a car and have less of a retirement.

And it’s only going to get worse. Despite what politicians and central bankers may proclaim, what does your gut tell you is likely to happen to your purchasing power when almost every developed country in the world is grossly diluting its currency?

The very nature of the fiat currency system gives you a LOWER standard of living. It erodes your financial stability, and impacts your financial breadth since it affects every dollar you spend, save and invest. It causes stress, creates confusion, and worst of all offers you no viable way out.

How Do I Leave the Fiat Currency Cult?

The answer to that question begins by answering this question: is the dollar bill in your wallet money?

Everyone thinks of it as money, but it’s currency. It’s just the medium of exchange we happen to use at this particular time in history.

But just because something is a medium of exchange does not automatically make it money. Fiat currency does not qualify as money. Going all the way back to Aristotle, money must also be a store of value. Fiat currencies do not offer a store of value. They offer transactional ability, a way to buy goods and services, but they don’t meet the definition of money. They leak value, not maintain value.

The common way to deal with this dilemma today is that since interest rates are lower than the rate of consumer inflation, one buys stocks to stay ahead. In other words, you have to take on risk just to try to stay even. That’s like a bank saying it will buy stocks with your savings account and if they’re successful you’ll get your money back—your savings shouldn’t come with that kind of risk.