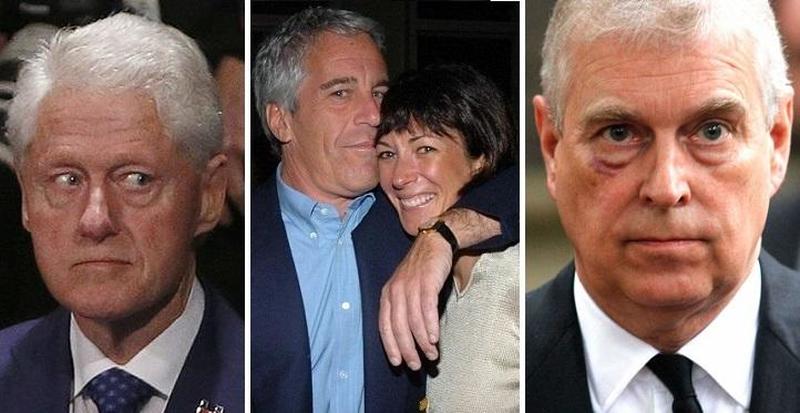 Dozens of exhibits related to Ghislaine Maxwell and Jeffrey Epstein were unsealed Thursday evening, providing insight into allegations against the financier and his purported ‘madam,’ as well as other high-profile individuals, including Bill Clinton, Alan Dershowitz and several other people whose names one can only guess (and the internet has).

The documents, related to a 2015 civil defamation lawsuit against Maxwell by Epstein accuser Virginia Giuffre, were ordered to be released on July 23 by US District Judge Loretta Preska – which also included flight logs from Epstein’s private jets, as well as police reports from the multiple locations where Epstein maintained residences.

Bill Clinton was allegedly on pedo island with ‘2 young girls’

Not only did Dershowitz abuse the minor, but he helped draft a non-prosecution agreement that gave Dershowitz immunity.

Six references to Bill Clinton in Virginia Roberts' chat with her lawyers on April 7, 2011:

"Yes. I do. It was a laugh though. He would laugh it off… I didn't know if he was serious. It was just a joke." pic.twitter.com/InugMgHOz5

Virginia Giuffre asked Comey’s FBI for evidence in their possession, and was ignored.

The FBI was in contact with Epstein and Ghislaine Maxwell's minor victim back in 2014.

Yet they did nothing. pic.twitter.com/ItC7kOGO0i