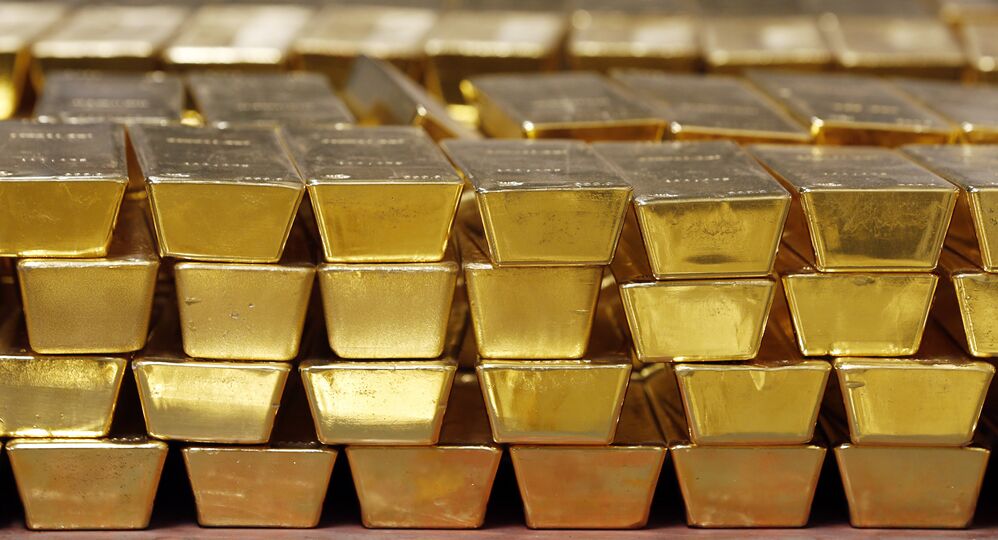 The price of gold has surged to fresh all-time highs amid coronavirus pandemic-related concerns and US-China tensions.

This came as the dollar plummeted to a near two-year low against major currencies amid increasing tensions between Beijing and Washington which saw the two sides ordering the closure of their consulates in Chengdu and Houston.

Confirmed COVID-19 cases have, meanwhile, climbed to more than 16 million globally, with over 648,900 fatalities.

The US remains the country with the most cases (over 4.2 million) and the highest coronavirus death toll (over 146,000), according to Johns Hopkins University.

Monday’s record gold prices were preceded by a rise last week, when the price of the precious metal on the New York Mercantile Exchange and Commodity Exchange (COMEX) surged to $1,904 per troy ounce, eclipsing a previous record set in September 2011.

In mid-July, prices for the precious metal lost nearly one percent, dipping below the key $1,800 level amid the “wait-and-see” stance adopted by the European Central Bank.

The developments unfold against the backdrop of oil price-related turmoil, with the benchmark Brent crude LCOc1 dropping to $42.90 per barrel and West Texas Intermediate (WTI) futures CLc1 plummeting $40.36 per barrel earlier this month.

In June, oil prices increased in the run-up to an OPEC+ meeting on further crude production cuts, in what was followed by the prices nosediving after reports about oversupply in US crude earlier that month.

In April, OPEC*+ members clinched a deal that stipulated slashing oil production as of early May, a few weeks after US crude prices plunged below zero per barrel, in a historic drop that caused the collapse of the global oil market.