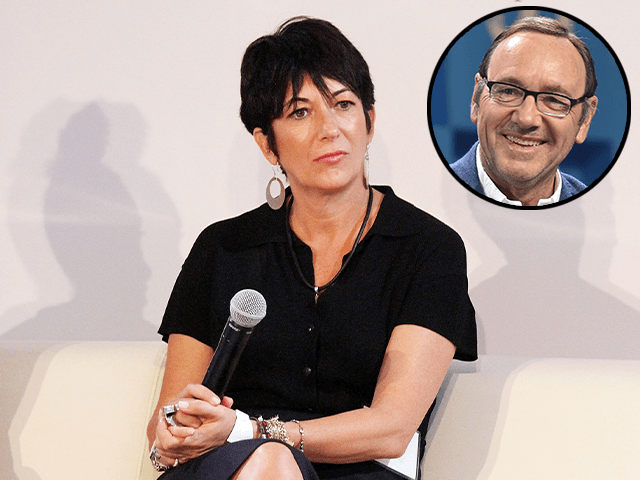 Birds of a feather flock together? Late pedophile Jeffrey Epstein’s longtime pal Ghislaine Maxwell is seen in a newly resurfaced photo sitting on Buckingham Palace thrones with actor Kevin Spacey, who has been accused of making an unwanted sexual advance on 14-year-old actor Anthony Rapp, among others.

The resurfaced photo from 2002 shows Maxwell — who was arrested by the FBI last week — sitting on Queen Elizabeth II’s throne while Spacey sits on Prince Philip’s throne beside her during a private tour of Buckingham Palace, according to a report by the Telegraph.

Spacey, who was then the artistic director of London’s Old Vic theater, would later face sexual assault allegations of his own in the United States and the United Kingdom, where the cases would eventually be dropped. The report added that Maxwell and Spacey had visited the palace with former President Bill Clinton, who had flown to the U.K. on Epstein’s private jet known as the “Lolita Express” — which underage girls were often found on board the convicted pedophile’s aircraft.

Additionally, Maxwell and Spacey had been invited at the invitation of Prince Andrew, who was accused by Virginia Giuffre — Epstein’s alleged “sex slave” who was groomed by both Epstein and Maxwell — of being forced to have sex with the Duke of York when she was only 17 years old.

But it appears that nothing is safe around this particular coterie — not even inanimate objects.

The thrones adorned with the nether regions of the now-infamous Maxwell and Spacey were used by Prince Andrew’s parents Queen Elizabeth II and Prince Philip, Duke of Edinburgh for the queen’s 1953 coronation, and is considered a breach of royal protocol for anyone else to sit on them.