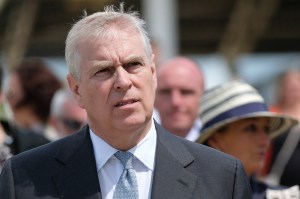 Accused Jeffrey Epstein accomplice Ghislaine Maxwell allegedly has secret video footage of Britain’s Prince Andrew — and she may be willing to share it with prosecutors, a distant relative of the prince claimed in an interview published Tuesday.

Christina Oxenberg, who said she’s a former friend of Maxwell and Epstein, told The Sun that Maxwell previously boasted to her about procuring girls for the multimillionaire and explained how they would secretly record their acquaintances.

Prince Andrew, the Queen’s son, was allegedly one of Maxwell and Epstein’s friends who came under the covert surveillance, according to the report.

“He is one of many johns, all of whom were videotaped by Ghislaine,” Oxenberg claimed to The Sun.

He is not a victim here, but Ghislaine was never his friend, she was taping him,” she added. “Friends don’t tape friends.”

Oxenberg — who is the daughter of Princess Elizabeth of Yugoslavia, Prince Andrew’s second cousin — said she met Maxwell and Epstein in the early 1990s and interacted with them on a number of occasions.

She told the tabloid Maxwell approached her in 1997 and “aggressively pitched” her to ghostwrite her autobiography, which she declined to do.

Maxwell was arrested by federal authorities last week and hit with a six-count indictment for sex trafficking and perjury.

Oxenberg added that she believes Maxwell will cooperate with authorities if there’s an opportunity for her to avoid a long prison sentence.

“I think she thinks she can get out, obviously she’s planning on trading [information],” Oxenberg told the newspaper.

Oxenberg added that she’d be willing to testify as to what Maxwell told her in 1997 while pitching her autobiography to her. She said she spoke to the FBI about what she knows in 2019.