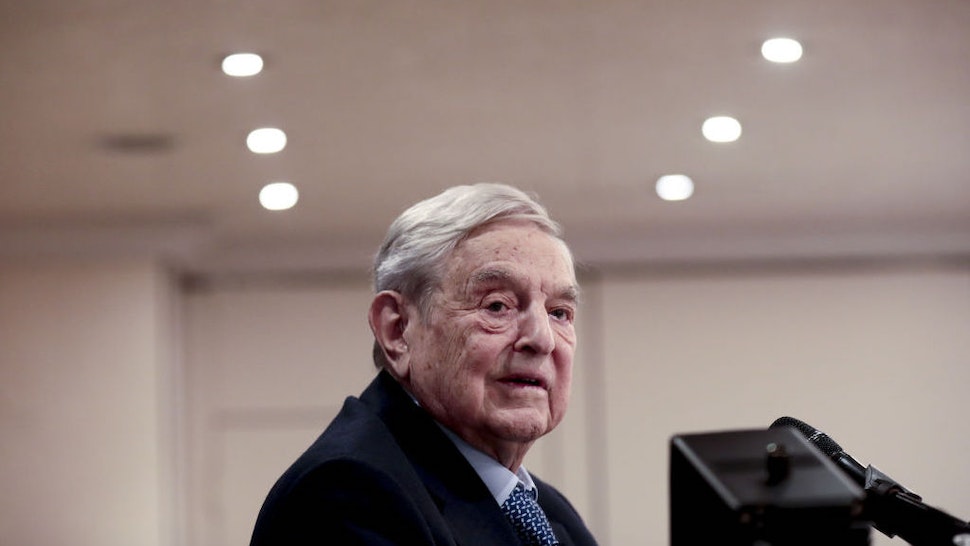 The Open Society Foundations, a network of nonprofits founded by George Soros, is investing massive amounts of cash into black-led racial justice groups and activism.

The Open Society Foundations announced its new initiative on Monday. The cash infusion into racial justice activist organizations comes after massive protests erupted over the death of George Floyd, a black man, who died while in the custody of Minneapolis police.

The wave of protests and civil unrest across the United States is “the moment we’ve been investing in for the last 25 years,” Open Society Foundations President Patrick Gaspard told The New York Times.

“There is this call for justice in Black and brown communities, an explosion of not just sympathy but solidarity across the board,” he continued. “So it’s time to double down. And we understood we can place a bet on these activists — Black and white — who see this as a moment of not just incrementalism, but whole-scale reform.”

Most of the allocated money, $150 million, will go to “Black-led justice organizations” in the form of five-year grants designed for groups to continue working after outrage over the death of Floyd and others subsides and fundraising shrinks.

“The demands being made now will not be met overnight, and we know the gaze of media and elected officials will turn in other directions,” Gaspard said. “But we need these moments to be sustained. If we’re going to say ‘Black lives matter,’ we need to say ‘Black organizations and structures matter.’”

Gaspard explained more about the initiative in a press release that followed the NYT article.

“We recognize that the struggle to dismantle systemic racism is an ongoing one; it has existed from the dawn of the republic to the present day, and is embedded in every level of government and in our penal and justice systems,” Gaspard said. “But the power surge of people who have taken to the streets to demand that this nation do better — people of all ages, from all backgrounds, and in every corner of this country — gives hope to us all.”

“Sustaining this extraordinary momentum toward centering justice for Black lives is fundamental to getting our democracy on track,” he added. “We need to combine long-term commitments to this movement with near-term opportunities, to ensure that the millions who have stepped up to take action can see enough results to stay engaged.”

The other $70 million will go toward “more immediate efforts to advance racial justice,” according to the Open Society Foundations’ statement. Some of the funding will further ongoing initiatives to “reimagine” policing and community safety as local governments move to wholly or partly defund their police departments. Funding will also go toward encouraging more youth activism, encouraging voter turnout, and securing U.S. elections.

It’s unclear where exactly the funding will go, but officials in Minneapolis are currently working on a plan to replace the city’s police department with a “community-led public safety system.” The city council voted unanimously last month to defund its police after outrage over Floyd’s death.