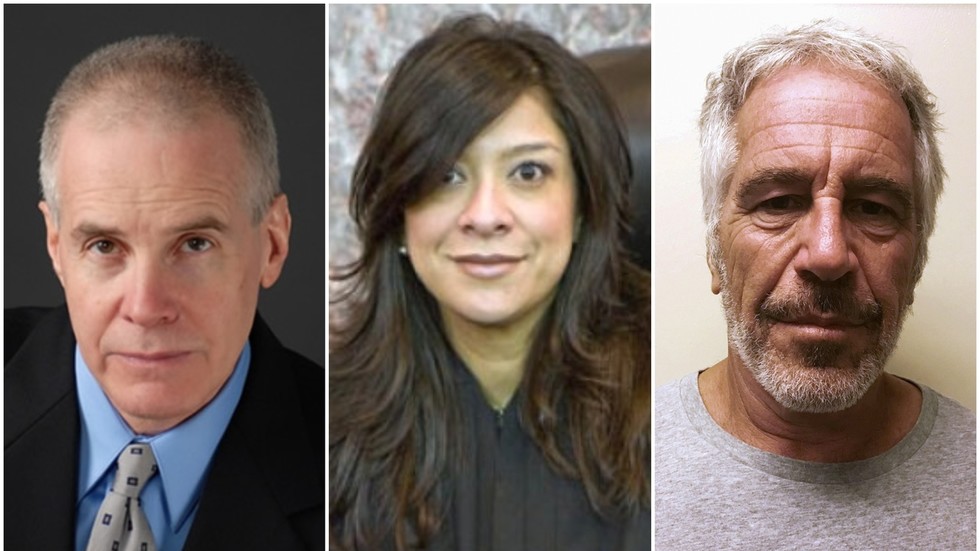 The attorney suspected of shooting Judge Esther Salas’s son and husband is being portrayed as a misogyny-crazed “anti-feminist,” but there seems to be more to the story, including links to the Deutsche Bank case Salas was hearing.

Roy Den Hollander, found dead of an allegedly self-inflicted gunshot wound in a car in the New York Catskills on Monday, has been fingered by authorities as the primary suspect in the shooting of Salas’s son and husband at their New Jersey home on Sunday.

Other than the FedEx uniform he was wearing when discovered and a package in his car addressed to the judge, however, it’s not clear what links him to the scene – or what his motive was, if indeed he was the shooter.

Den Hollander described himself on his website as a specialist in “anti-feminist litigation, investigations, and advice on general corporate matters.”

The media explanation suggested the lawyer hated Salas, whom he once dissed as a “lazy and incompetent Latina judge appointed by Obama,” enough to hunt her down five years later and attempt to kill her family. While he had a case before the judge in 2015 that didn’t go well, that motive doesn’t explain why he’d shoot her male relatives without trying to find her, or why he would then kill himself.

While the insults directed at Salas are harsh, they’re taken from a searing self-published manuscript riddled with casual misogyny directed against multiple women – chiefly his Russian ex-wife, whom he refers to as a “Russian mafia moll,” a “prostitute,” and a “striper [sic], call girl, pimp, money launderer, and drug smuggler for the Russian mafia.” He even credits the woman with turning him from a “stupid frigging fool” susceptible to female trickery into the “anti-Feminazi” lawyer he subsequently became.

His own mother isn’t spared either – he dedicates the book to her, along with hopes that she “burn[s] in hell.”

As for Salas, Den Hollander landed in her court challenging the male-only draft policy of the US Army. According to his book, the attorney “wanted to ask the Judge out, but thought she might hold [him] in contempt.” While he disapproved of her handling of the case, he’d soon moved on to bigger things, suing several news reporters (including NBC’s Chuck Todd and Katy Tur and the New York Times’ David Brooks) for allegedly violating RICO statutes by publishing “fake news” about then-candidate Donald Trump.

Salas seemed all but forgotten – if anything, Den Hollander claimed to understand her motivation for dragging her feet on his case, suggesting she wanted to move up to a higher court and thus couldn’t make any decisions that could be framed as political. There are zero hints in the manuscript the attorney was nursing a five-year grudge.

Not mentioned in the sensationalistic media coverage of Den Hollander’s past is the lawyer’s stint with Kroll Associates, a shadowy firm with ties to US and Israeli intelligence. Known informally as the “private CIA,” Kroll’s ranks were stacked with former agents of the CIA, FBI, Mossad, and MI6. A member of the Bush family sat on its advisory board before that was dissolved in 1991, and then-Arkansas Governor Bill Clinton hired the firm during his first presidential campaign that same year. Den Hollander officially worked for Kroll from 1999 to 2000, but given that the company has long worked closely with lawyers, his relationship with it may have begun (or continued) in an unofficial capacity.

Given that Judge Salas was assigned to a lawsuit by Deutsche Bank investors against the firm less than a week before her son and husband were shot, Kroll’s connections with that bank are also noteworthy – and absent from any media speculation on Den Hollander’s motives.

After leaving Kroll Associates in 2008, founder Jules Kroll launched Kroll Bond Rating Agency, a credit rating agency that has become something of a second home for high-ranking Deutsche Bank staff, employing over half a dozen VP-level and above staff. The cozy “revolving door” relationship has seen KBRA vociferously defend Deutsche Bank in the press against allegations of wrongdoing – no matter how well-founded.

The suit in Salas’s court alleged the bank had failed to vet “risky” clients like Jeffrey Epstein, the notorious (and now deceased) pedophile suspected of having his own rather extensive ties to Israeli and US intelligence.