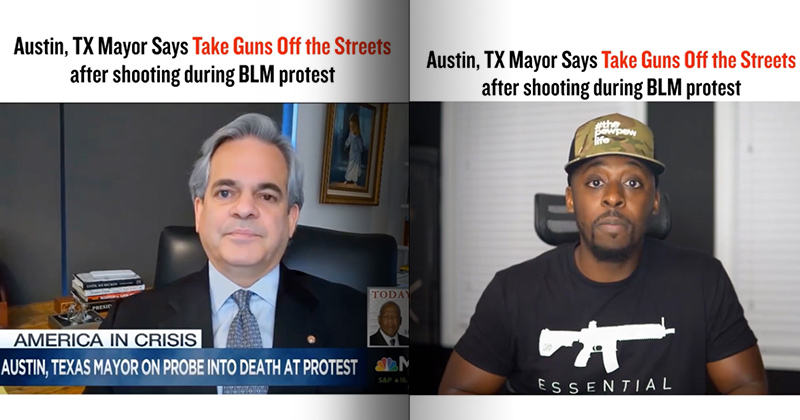 Following the fatal shooting of a BLM activist last weekend, the mayor was asked to comment on the tragic incident.

“We have too many guns. We have to do better, I think just generally speaking as a society, in taking guns off the streets,” the Democrat mayor told a local reporter.

“We have too many guns on our streets and we have to do something about that,” he continued.

Noir responded to the mayor’s comments, explaining, “This is a mayor of a city in one of the most pro-gun states in the country and he’s basically saying we need to take peoples guns. We’re not even talking about criminals here.”

“Yet and still, the anti-gun mayor of Austin Texas didn’t say we need to keep guns out of the hands of criminals. He didn’t say, ‘let’s all try to be responsible gun owners,’ he said there are too many guns and we need to get them off the street,” Noir continued.

Adler’s reactionary response to the shooting is stereotypical among Democrats who frequently use tragedies to push their anti-gun agenda.