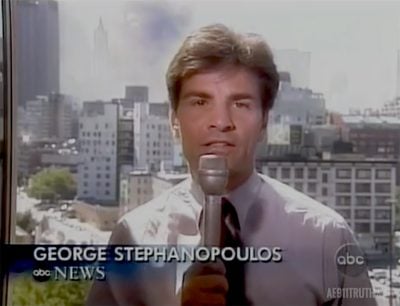 Editor’s Note: As of the publication of this article, Architects & Engineers for 9/11 Truth is awaiting a decision from the National Institute of Standards and Technology (NIST) regarding the request for correction that AE911Truth and ten family members of 9/11 victims submitted to NIST on April 15, 2020. The request seeks corrections to eight separate items of information in NIST’s 2008 report on the collapse of World Trade Center Building 7, any of which would effectively force NIST to reverse its conclusion that fires caused the building’s destruction.

NIST informed AE911Truth on June 12, 2020, that it was unable to meet its goal of responding within 60 days. Under the procedure governing such requests, NIST must provide a decision within 120 days of the submission, which would fall on August 13, 2020. If NIST elects not to take the corrective action being sought, AE911Truth and its fellow requesters would then have 30 days to file an appeal with NIST. Should NIST fail in any way to comply with the procedure governing requests or should it fail to rectify the information quality violations documented in the request, AE911Truth and its fellow requesters are prepared to take legal action.

In the meantime, AE911Truth is taking one further step toward correcting the record on the destruction of the Twin Towers with the publication of this article. This exhaustive review of 70 hours of 9/11 news coverage reveals that the hypothesis of explosions bringing down the Twin Towers was not only prevalent among reporters covering the events in New York City on 9/11 but was, in fact, the dominant hypothesis.

The widely held belief that the Twin Towers collapsed as a result of the airplane impacts and the resulting fires is, unbeknownst to most people, a revisionist theory. Among individuals who witnessed the event firsthand, the more prevalent hypothesis was that the Twin Towers had been brought down by massive explosions.

This observation was first made 14 years ago in the article, “118 Witnesses: The Firefighters’ Testimony to Explosions in the Twin Towers.” A review of interviews conducted with 503 members of the New York Fire Department (FDNY) in the weeks and months after 9/11 revealed that 118 of them described witnessing what they interpreted that day to be explosions. Only 10 FDNY members were found describing the destruction in ways supportive of the fire-induced collapse hypothesis.

The interviews of fire marshal John Coyle and firefighter Christopher Fenyo explicitly support this finding. Coyle remarked in his interview, “I thought it was exploding, actually. That’s what I thought for hours afterwards. . . . Everybody I think at that point still thought these things were blown up.” Similarly, Fenyo recalled in his interview, “At that point, a debate began to rage [about whether to continue rescue operations in the other, still-standing tower] because the perception was that the building looked like it had been taken out with charges.”

News reporters constitute another group of individuals who witnessed the event firsthand and whose accounts were publicly documented. While many people have seen a smattering of news clips on the internet in which reporters describe explosions, there has never been, as far as we know, a systematic attempt to collect these news clips and analyze them.

We decided to take on this task for two reasons. First, we wanted to know just how prevalent the explosion hypothesis was among reporters. Second, anticipating that this would be the more prevalent hypothesis, we wanted to determine exactly how it was supplanted by the hypothesis of fire-induced collapse.

In this article, we present our findings related to the first question. In a subsequent article, we will examine how the hypothesis of fire-induced collapse so quickly supplanted the originally dominant explosion hypothesis.

To determine how prevalent the explosion hypothesis was among reporters, we set out to review as much continuous news coverage as we could find from the major television networks, cable news channels, and local network affiliates covering the events in New York.

Unfortunately, we were not able to find coverage spanning most of the day for every channel. Thus, while the collection of news coverage we compiled is extensive, it is not comprehensive. To fill in the gaps where possible, we included excerpts of coverage that aired later in the day if we found that coverage to be relevant. We also included one excerpt from USA Today’s coverage that we found to be relevant and three excerpts from an afternoon press conference with Mayor Rudolph Giuliani and Governor George Pataki that aired on almost every channel. In general, the times at which these excerpts aired are unknown, though in some cases we were able to identify an approximate time.

The news coverage we compiled and reviewed totaled approximately 70 hours. 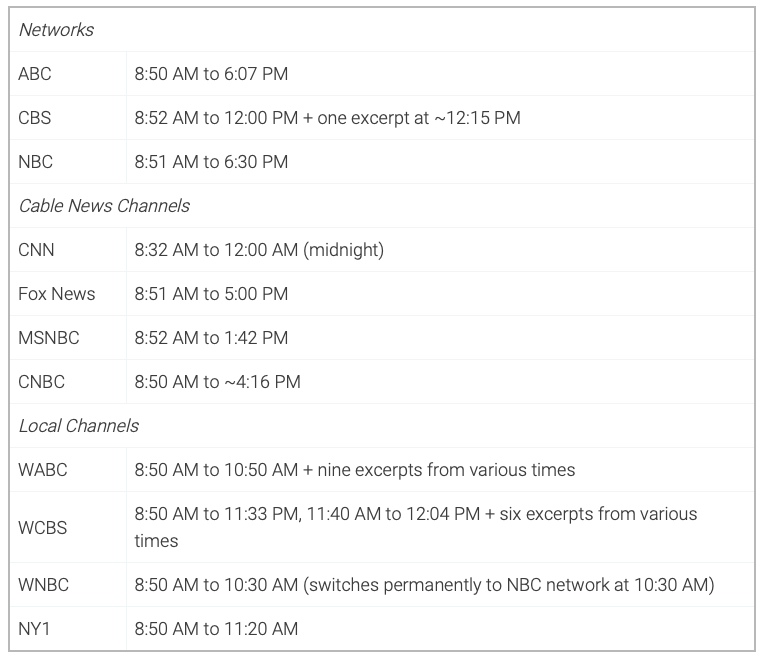 Note: We invite anyone who has portions of the television coverage we were not able to find to send them to us at info@AE911Truth.org. We will incorporate anything we receive and update this article accordingly. For anyone who wishes to replicate our work, the entire collection of footage can be downloaded here.

We sought to answer one main question in our review of the news coverage: How many reporters described the occurrence of explosions — both the raw number of reporters and as a percentage of all reporters who covered the Twin Towers’ destruction — and what was the nature of their reporting? To answer this question, we needed to establish clear criteria for identifying what we will call “explosion reporters” and “non-explosion reporters.”