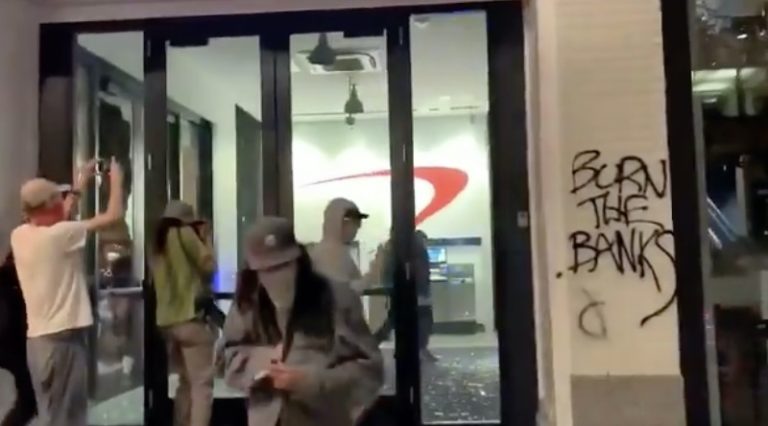 It’s with an extremely heavy heart that I sit down to write today’s post. Although widespread civil unrest was easy to predict, it doesn’t make the situation any less sad and dangerous. We’re in the thick of it now, and how we respond will likely determine the direction of the country for decades to come.

If the combination of peaceful protesting, looting and violence witnessed across American cities over the past few days completely caught you off guard, you’re likely to come to the worst possible conclusion about what to do next. The knee-jerk response I’m already seeing from many is to crush the dissent by all means necessary, but that’s exactly how you give the imperial state and oligarchy more power. Power it will never relinquish.

What’s happening in America right now is what happens in a failed state.

The U.S. is a failed state. Now the imperial national security state is going to flex at home like never before.

I spent the last decade of my life trying to spread the word to avoid this, but here we are.

I don't think people understand the significance of the President declaring "Antifa" a "terrorist organization". The Patriot Act and provisions of the NDAA of 2012 make this frightening. Because Antifa is informal it puts all protestors in danger–like declaring them un-citizens.

GOP @SenTomCotton: "If local politicians will not do their most basic job to protect our citizens, let's see how these anarchists respond when the 101st Airborne is on the other side of the street." pic.twitter.com/NyojLoOEAT

The pressure cooker situation that erupted over the weekend has been building for five decades, but really accelerated over the past twenty years. After every crisis of the 21st century there’s been this “do whatever it takes mentality,” which resulted in more wealth and power for the national security state and oligarchy, and less resources, opportunities and civil liberties for the many. If anything, it’s surprising it took so long to get here, partly a testament to how skilled a salesman for the power structure Obama was.

Your election was a chance to create real change, but instead you chose to protect bankers while looting the economy on behalf of oligarchs.

You and Trump aren't much different when it comes to the big structural problems, you were just better at selling oligarchy and empire. https://t.co/QuSQNApeLY

The covid-19 pandemic, related societal lockdown and another round of in your face economic looting by Congress and the Federal Reserve merely served as an accelerant, and the only thing missing was some sort of catalyst combined with warmer weather. Now that the eruption has occurred, I hope cooler heads can prevail on all sides.

On the one hand, you can’t pillage the public so blatantly and consistently for decades while telling them voting will change things and not expect violence once people realize it doesn’t. On the other hand, street violence plays perfectly into the hands of those who would take the current moment and use it to advocate for a further loss of civil liberties, more internal militarization, and the emergence of an overt domestic police state that’s been itching to fully manifest since 9/11.