Police cars and government buildings burned, the National Guard was deployed, and some of the country’s largest cities instituted curfews. In one Midwest city, a person was killed and at least two more shot. More than 1,400 people have been arrested in 16 cities since Thursday, with more than 500 of those happening in Los Angeles on Friday, the Associated Press reported.

Demonstrations across the country again devolved into unrest Saturday, a day after a Minneapolis police officer was arrested and charged with the third-degree murder and manslaughter of George Floyd.

Just as in past years, an organic protest over unjust use of force by police has once again been hijacked, weaponized and unleashed back on American cities, causing a mind-numbing degree of carnage, death and destruction. And as in past flare-ups, we see once again George Soros, his Open Society Foundation, and their twin pitbulls of ANTIFA and Black Lives Matter pulling all the strings. But this particular protest is unlike all the others, this one has the potential to be the one that brings it all down to the ground.

“This know also, that in the last days perilous times shall come. For men shall be lovers of their own selves, covetous, boasters, proud, blasphemers, disobedient to parents, unthankful, unholy, Without natural affection, trucebreakers, false accusers, incontinent, fierce, despisers of those that are good, Traitors, heady, highminded, lovers of pleasures more than lovers of God; Having a form of godliness, but denying the power thereof: from such turn away.” 2 Timothy 3:1-5 (KJB)

On the surface it purports to be a protest over the unjust killing of George Floyd, but after 4 days of rioting in the streets, no one watching believes that anymore. It is obvious that this is all part and parcel of the global takeover by the New World Order who must first collapse America before she can be rebuilt. It’s all connected, the COVID-19 lockdowns, mandatory mask wearing, the destruction of the global economies, the sky-high unemployment, the broken supply chain lines, and even the toilet paper shortage. It is all staged to inflict and incite the maximum level of fear as possible, and it is working.

Have you ever watched fireworks on the Fourth of July? Then you know how it goes. Fireworks start out slow and seemingly random but gradually build into a frenzied ‘grand finale’ where it seems like every rocket ever made is being fired at the same time. It is tantamount to complete sensory overload. That is where we are in 2020, a year in which there has been no let up, no break in the end times action, where it seems every weapon of the New World Order is being fired at us at the same time. If you think things have been bad so far, or that they’re bad now, the closer we get to the election in November, it will worsen by a factor of 10. I told you 2020 was going to be a year like no other, that this would be the year of prophecy, and it’s not even close to finished.

FROM YAHOO NEWS: Police cars and government buildings burned, the National Guard was deployed, and some of the country’s largest cities instituted curfews. In one Midwest city, a person was killed and at least two more shot.

More than 1,400 people have been arrested in 16 cities since Thursday, with more than 500 of those happening in Los Angeles on Friday, the Associated Press reported.

Former officer Derek Chauvin faces the charges in Floyd’s death, but activist groups say they are inadequate. Video from a bystander showed Chauvin pressing his knee on Floyd’s neck for more than eight minutes.

The demonstrations Saturday were part of a National Day of Protest against Chauvin and police brutality inflicted nationwide. Protesters also called out the names of other people of color killed by police, including Louisville’s Breonna Taylor, a 26-year-old ER tech who was shot and killed by police in March. 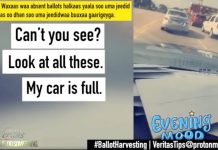