Twitter is a social media platform that harbors terrorism.

The social media platform Twitter censored Rep. Matt Gaetz (R-FL) on Monday because he called out the domestic terrorists in ANTIFA in a post.

Gaetz has repeatedly refused to back down from his assertion that ANTIFA should be hunted down like ISIS and similar terrorist groups:

Their warning is my badge of honor.

Antifa is a terrorist organization, encouraging riots that hurt Americans.

Our government should hunt them down. Twitter should stop enabling them.

We hunt down terrorists in the Middle East by having our government (not vigilantes) monitor their communications, freeze their money and stop them from committing attacks. 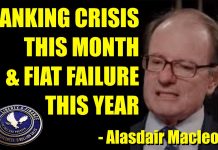