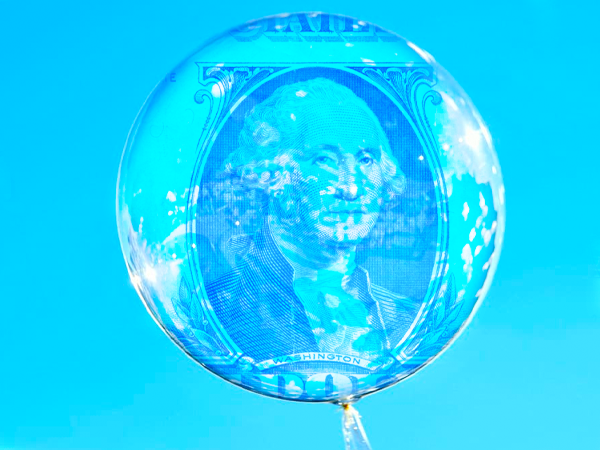 This week, Your News to Know rounds up the latest top stories involving gold and the overall economy. Stories include: Is the latest QE program finally going to spike prices, gold cannot be printed by central banks, and virus intensifies the flow of gold to U.S. vaults.

Can the Federal Reserve avoid inflation once again?

As the dust around the 2008 financial crisis settled, some may have been surprised that the eagerness of the Federal Reserve to print money did not cause inflation, or even hyperinflation. Yet those who are expecting the same turnout this time around should look at the underlying nature of both crises.

FXEmpire’s Arkadiusz Sieron points out that 2008 was, in essence, a banking crisis, and banks were the ones receiving aid in the form of bank reserves. While they function in a similar capacity, these notes differ from actual money as they do not enter the economy but are rather used as a medium of exchange between banks. Adding to that was a lack of appetite among individual creditors to take on debt combined with a lack of willingness to issue loans on the banks’ part, as shown by the growth rate of credit supply reaching negative territory.

Now, the scenario appears to be the exact opposite, as consumers and business owners are the ones primarily affected by the crisis. Sieron argues that there is no question as to whether the stimulus will enter the money supply, as programs like the Term Asset-Backed Securities Loan Facility and Main Street Lending Program will ensure funding for eager debtors.

To Sieron, the most likely scenario is one of stagflation, where the dismal growth from pre-pandemic times combines with monetary stimulus to create an environment where gold benefits just as much as it would from a sudden spike in consumer prices. However, Sieron also notes that there are worries of sudden deflation on the horizon, and that the opposite scenario would similarly boost demand for gold.

In times of unprecedented money printing, it pays to remember that gold is scarce

As Forbes contributor Frank Holmes notes, money printing has been the talk of the town. Despite the massive figures, the trillions of dollars already pumped into the economy, along with the trillions more being considered, do not give full perspective regarding the scope of the stimulus. For that, Holmes uses the year-on-year change in the percentage of money supply, which, as of May 11, increased by the widest margin since at least 1981.

Holmes points out that any notable growth in money supply has historically translated to higher gold prices, and the biggest percentage increase in possibly over four decades certainly places gold into the limelight. Despite calls for a return to the gold standard by many prominent figures in finance, such as President Trump’s nominee for the Federal Reserve Board of Governors Judy Shelton, Holmes finds the chances of a return slim.

After all, a gold standard is, among other things, supposed to reign a government in, and Holmes notes that most governments appear far past that point, as evidenced by their debt levels. The amount of free-floating money being continually printed plays up gold’s scarcity and the metal’s unwavering ability to retain value, along with reminding investors that peak gold supply might have arrived.

But there are other factors that make gold look even more appealing down the road. Besides crises and inflation, low or negative interest rates are one of the main drivers of gold prices, as they eliminate a primary safe-haven competitor. Countries around the world have been witnessing a normalization of negative interest rates, and gold has expectedly soared to all-time highs in other currencies. Two weeks ago marked the first time that the U.K. sold bonds below 0%, and despite reassurances, Holmes thinks Treasuries are headed down the same path, especially given the President’s vocal support for it.

With so many tailwinds, it’s no surprise that large fund managers have been touting gold as the asset of choice. “This is a perfect environment for gold to take center stage,” said billionaire hedge fund manager Paul Singer, explaining how gold is resilient against every possible downturn in the current crisis. Macro investor Paul Tudor Jones is among the forecasters predicting gold to soar past $2,000, while making the same connection to the hyperinflation of the 1980s and stating that such would send gold flying past $6,700. In times like these, Holmes’ usual recommendation of a 10% portfolio allocation to gold might seem quite modest.

U.S. warehouses are being filled with bullion as contract issuers scramble to meet demand

The rush to fill New York’s vaults with bullion in order to cover contracts appears far from over. As Switzerland’s bullion refineries closed due to the pandemic, the spread between spot gold and contract prices reached massive heights as investors poured into the market while pondering whether the contracts in question are indeed fully covered.

While supply lines have been somewhat restored since, various data shows that bullion is still catching quite a premium over its derivatives. Since March, around 550 tons of gold have been imported to Comex warehouses. Somewhat staggeringly, Brink’s Ltd’s Managing Director Mark Woolley pointed out in a recent webinar that the amount is roughly equal to the total global mine output during the period, adding that the bullion demand from New York is unlike anything he has seen in over 20 years. 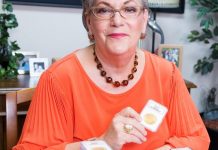