Dueto the COVID-19 pandemic, all voting in May 12 elections in New Jersey was done by mail-in ballots.  (read more)

Nationally, Nancy Pelosi and top DNC Democrats have openly stated their intention is to force mail-in ballots in all states for the 2020 presidential election contest. The open intent is to use mail-in ballots as a purposeful way to win the election. To accomplish this goal panic around the COVID-19 virus is needed.

(3) The mail system can be used to control ballot delivery and/or return.

(4) Intercepted and selected ballot destruction is commonplace amid election precincts where wide-scale voter ballots have been used before.

(8) Millions of ballots sent to non-citizens as part of the motor-voter fraud; a common democrat initiative as used in California.

The list is long….  The entire process of mail-in ballots is built upon systemic and purposeful fraud intended to disfranchise eligible U.S. voters; and there is very little criminal accountability for the process.

Year-after-year, election after election, Broward County Florida has intentionally and 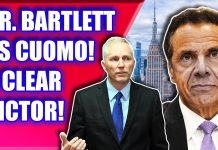