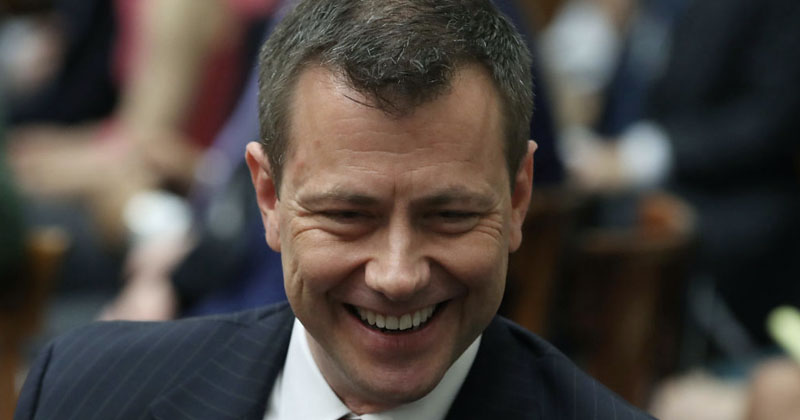 Declassified notes made by Strzok from January 4, 2017, show him proudly bragging about bringing up the Logan Act to pin a crime on Flynn.

“And because I am so awesome CRS piece on the Logan Act from 2015. All the legislative history they cite does not involve incoming administrations,” Strzok wrote.

#FLYNN ANALYSIS: Recently declassified FBI agent Strzok notes are among the earliest documented discussions of Logan Act – apparent basis to further investigate Flynn. Filing states the notes are believed to be January 4, 2017. “According to Strzok’s notes, it appears that Vice

Obama had told Comey, who said that Flynn’s communications “appear legit,” to “have the right people on the case.”

Additionally, Biden had brought up the Logan Act as the basis for going after Flynn during the meeting.

Obama: "Have the right people on" Flynn case.

“Strzok’s notes believed to be of January 4, 2017, reveal that former President Obama, James Comey, Sally Yates, Joe Biden and apparently Susan Rice discussed the transcripts of Flynn’s calls and how to proceed against him,” the court motion states.