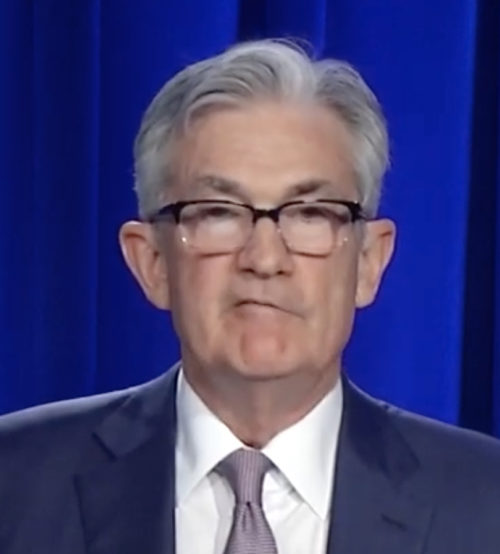 Jerome Powell burst the stock market bubble by publicly acknowledging there will not likely be a “V”-shaped economic recovery. He indicated that it will take years for the economy to return to the recent levels … we experienced just a mere four months ago.

That was actually the point of my recent article that unfortunately became, in the comments, all about my disclosure and not about the article’s theme. So, I’d like to go back to that theme, now that even Fed Chair Jerome Powell supports it at the market’s expense.

The Fed now having set the expectations that rates will remain at least at zero … has inadvertently revealed a major gap in narrative: That of a V shaped recovery presumed by markets and a Fed signaling with zero rates through 2022 that there is no V shaped recovery in the offing, rather a protracted high unemployment environment that is entirely inconsistent with market valuations north of 150% market cap to GDP.

If headlines about COVID-19 resurgence had not become the rage so quickly again, only two weeks into reopening in most states, and if the country were not sinking quickly into renewed civil war so quickly, exacerbated by police appearing to shoot a fleeing Black man in the back three times in Atlanta (though the guy did turn to shoot the police with a taser he stole from them), I would still anticipate the superficial good news of reopening will feed the “V” narrative and fuel stupidity even higher for the biggest blow-off top in Fed-fueled history … until the narrative failed.

In fact, the irrational exuberance is running so hot, it still might survive all of that … for a little while longer. However, as Lance Roberts writes,

The surge in COVID-19 cases in the U.S. undermined the “V-Shaped” economic recovery meme…. The issue remains that the markets have priced in a “V-shaped” recovery, which is well ahead of what the economic data suggests…. There were two catalysts that ignited the sell-off on Thursday. The first, as stated above, were headlines of a surge in COVID-19 cases…. The second, and probably more important reason, was what the Fed didn’t say following this week’s Fed meeting.

As Sven Henrich (Northman Trader) also summarized at the market lows, the recent climb in irrational exuberance was no surprise to someone, like myself (or himself) saying this was going to be a historic crash:

The 1929 redux tells us a big rally will come and this rally will be awe inspiring, it’ll produce technical reconnects in a market that is now widely disconnected to the downside and it will bring back optimism. But then the historical script suggests lower highs to come as the world is then confronted with the consequences of the costs of extinguishing this fire. The bill comes due as the world will be settled with even more debt, but now a much higher unemployment rate, poorer consumers, and companies focused on margin efficiencies.

The only surprise (for me anyway) was in how the Fed crashed the party since it usually does all it can to talk the market up and save it at any expense.

Subsequently, the Fed has offered new salvation in the form of corporate bond buying to prop up zombie corporations whose debt is about to become junk so said zombies can stay alive like the walking dead by eating themselves in the form of refinancing their stock buybacks.

Maybe that is the Fed’s penance for crashing the market, or maybe it new it was about to do that and chose to send the market down last week to cool it a bit for the new heat hit.

Unwittingly, the Fed has now become co-dependent on the markets. If they acknowledge the risk of weaker economic growth, the subsequent market sell-off would dampen consumer confidence and push economic growth rates lower.…

That makes the idea that Powell would intentionally try to cool the market a little unlikely, but cool it is exactly what Powell did. Powell, in fact, pushed it over a cliff into a pool of glacial melt.

“Federal Reserve Chairman Powell delivered a cautionary economic message for not only this year but for several years to come…. There was mounting evidence that Covid-19 is still not tamed.” While Fed liquidity is currently fueling a “bull market,” the “bear case” still has teeth. Eventually, the market will fill the gap between “fantasy” and “reality.”

We just saw those teeth when Powell and COVID-19 news teamed up to deliver the market a one-two punch in the chops last week. Powell delivered the same message again this week to congress:

In other words, the recovery is not V-shaped. The quick rebound is uneven across the economy with some parts doing terrible, but the good news in the good parts is what the market is hearing (as I said would be the case, and so it’s going back up again … for now).

Which is what I was trying to say in that previous article the market almost certainly would do. The Robinhood investors and other retail investors would fasten on the immediate good news from recovery and ignore the deeper truths lurking beneath the surface:

Powell acknowledged some economic indicators have pointed to a stabilization in activity and others have even suggested “a modest rebound…. That said, the levels of output and employment remain far below their pre-pandemic levels, and significant uncertainty remains about the timing and strength of the recovery.”

That’s the deeper underlying truth, and there will be great deal more to come as we see what doesn’t recover and what gets hit with knock on effects.

Economists think the indicators could show a strong rebound in May and June but then the economy might falter.

The initial ride on the recovery rocket was certain

History virtually assured a rocket ride rebound from March’s fall as the bulls are slow to give up their ignorance, and their testosterone drives their brains. (Notice I said “brains,” not “thinking,” as there is very little of the latter during these temporary rushes back up.)

History does not, however, assure a rocket ride as high as what we saw over the last two-and-a-half months, but that is because history has no example of a rebound with this much Fed fueling or the benefit of instant economic reopening coming out of a forced closure or of trillions of instant government spending intended to send the market back the other way by a president completely sold out to Wall Street.