By early morning trade in the European time zone today, gold and silver were hardly changed on the week, with gold unchanged at $1729, and silver up 10 cents at $17.49. Trading in both metals was generally quiet, according to recorded volumes on Comex. We are now approaching the mid-year point, where bullion banks will want to record the lowest prices for gold and silver to enhance the values of their shorts for accounting purposes.

Gold’s holding pattern has now been in place since mid-April when the price closed at $1730. Since then, a record amount of gold — some 162 tonnes — have been delivered. What appears to be happening is the Swaps have been badly caught and are trying to wind down their short positions without disrupting the price by pushing it upwards. Their net position is the subject of our next chart. 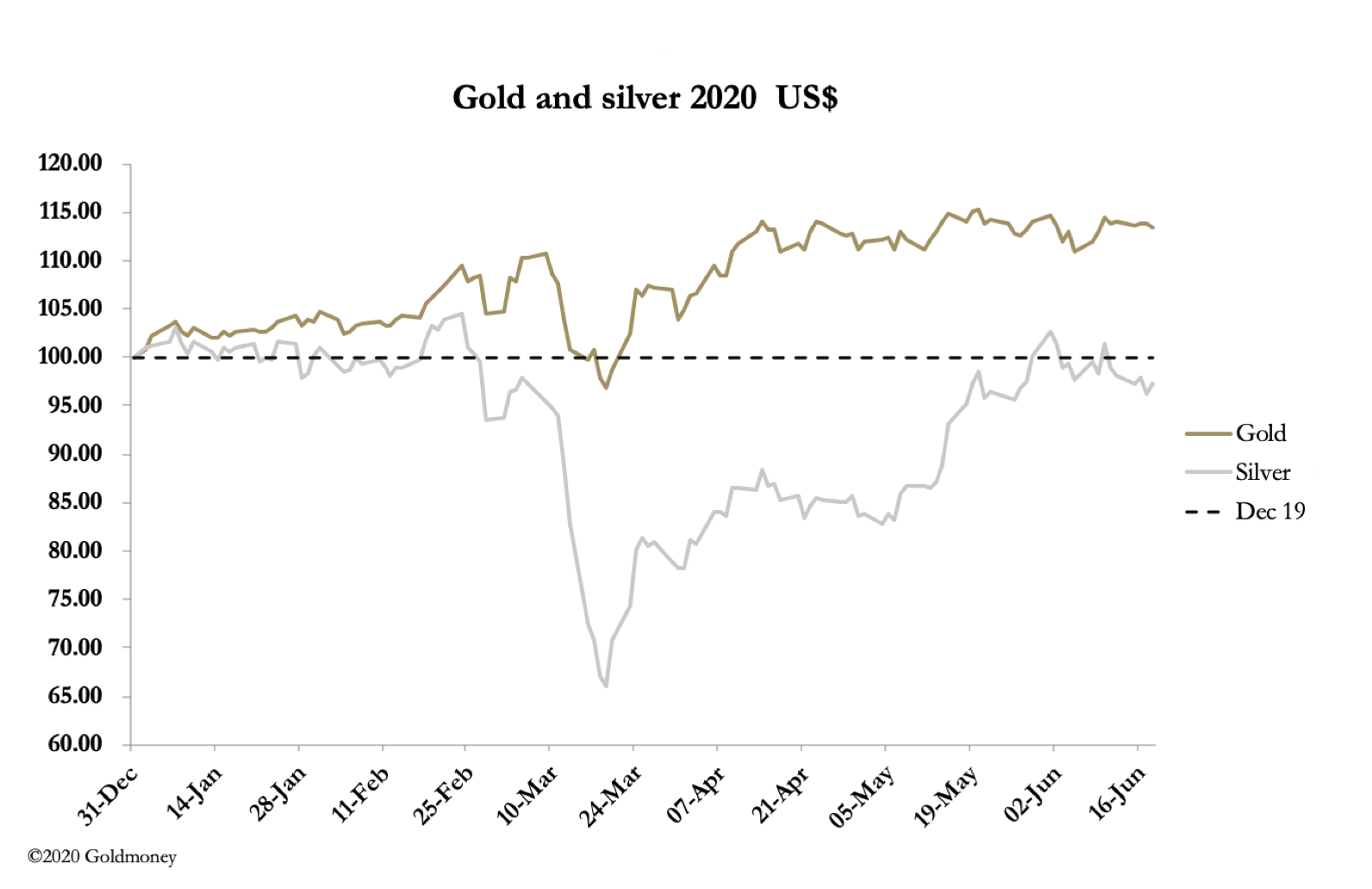 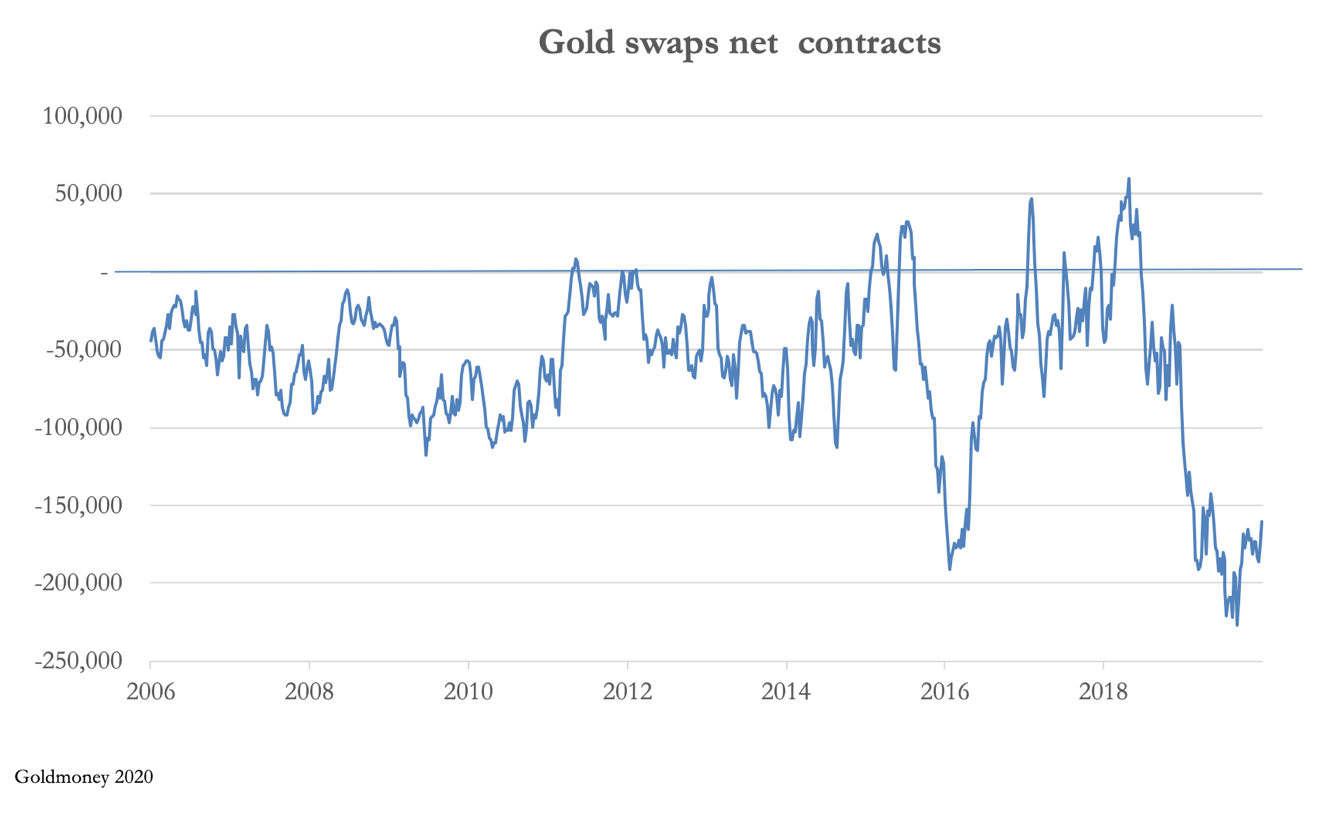 The last data point available was for 9 June, and while some progress has been made closing net shorts since the all-time peak in February, it has been painfully slow. Interestingly, it is not the hedge funds who are overly long, being less net long than the long-term average (the pecked line in the next chart).

The other side of the Swaps net shorts appears to be the Other Reported category, which represents major clients of the bullion banks and brokers. These appear to be mainly family offices and suchlike, which take portfolio positions rather than the trading positions typical of a hedge fund and algos. This is relatively sticky money, shown in our next chart. 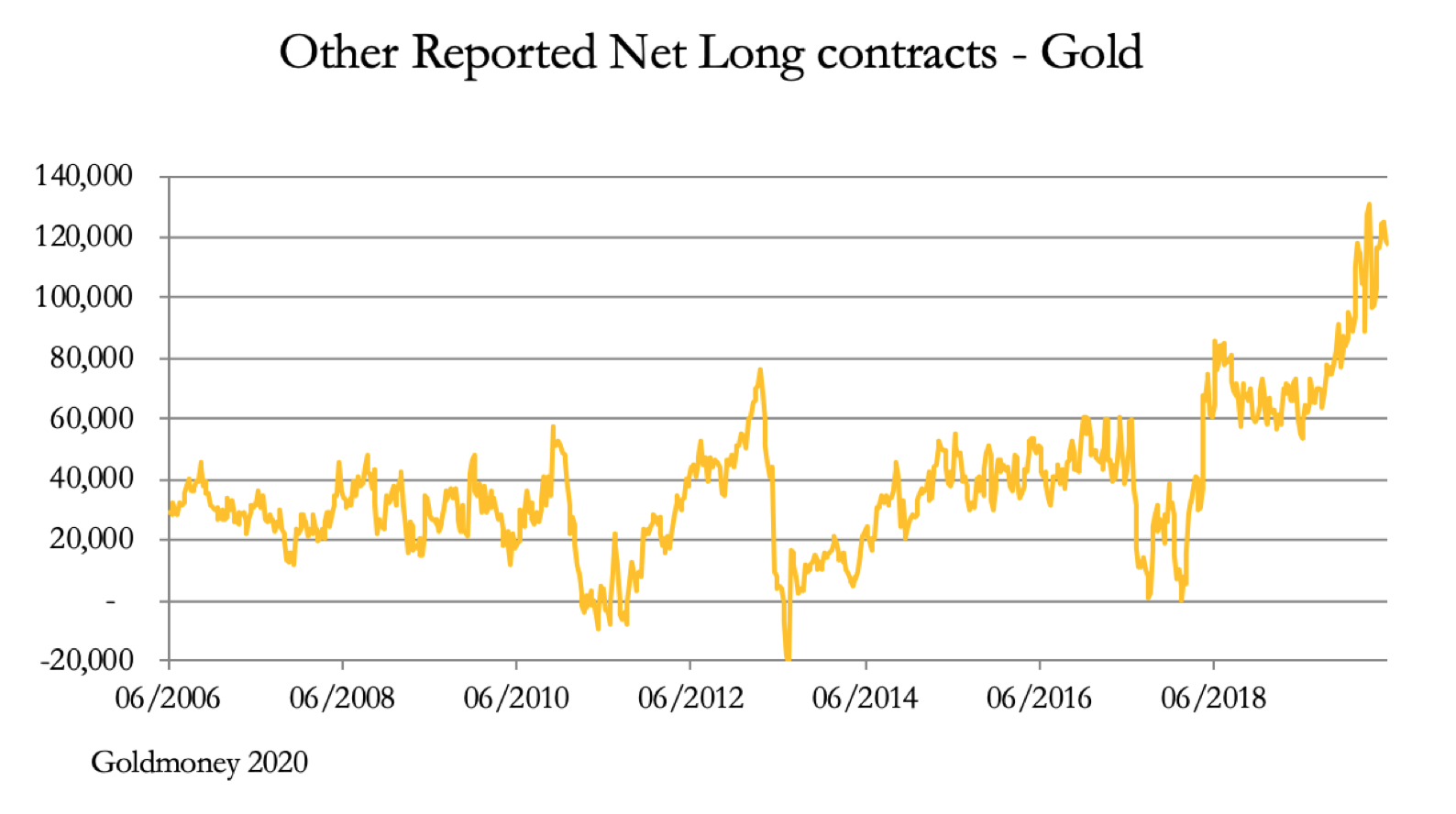 The peak of their long positions was on 24 March, when the Comex crisis was at its peak. From 23 March, this ultra long position saw the gold price rise from $1480 to $1750 in only 17 trading sessions. There was some profit taking but this category remains resolutely bullish and is consistent with taking deliver instead of selling expiring contracts.

The position in silver is different, but then you would not expect family offices and the ultrarich to see it as their preferred monetary metal. Net swaps are only slightly short, dead on the long-term average at 5,781 contracts.