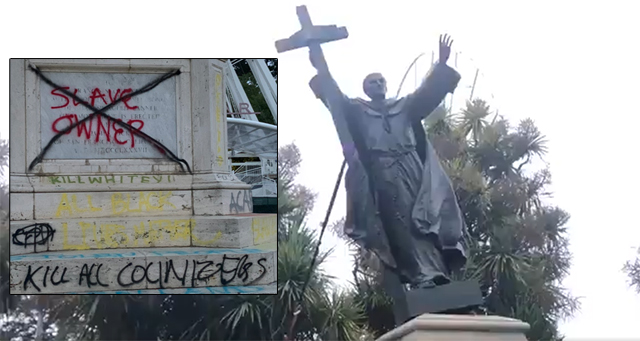 Never lose sight of the fact this is all being done with explicit government approval and only Americans stepping up to try and stop this lawlessness are being arrested and prosecuted.

Tonight Antifa and Black Live Matter protesters managed to pull down the statue of Albert Pike, an Officer in the Confederate Army. It was D.C,'s only Confederate statue.

Here is the face of the toppled statue of Confederate general Alfred Pike in DC. @wusa9 #Juneteenth pic.twitter.com/j9iwAqGVgJ