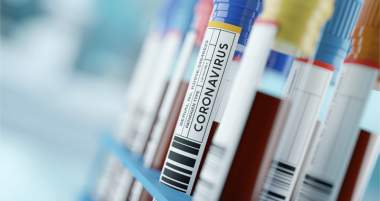 States that have “opened” from coronavirus lockdowns have, as many predicted, generally experienced no appreciable increase in pandemic intensity. Nonetheless, mainstream media have continued portraying every odd COVID-19 “spike” in such states as a dire portent, as CNN did over Memorial Day weekend and NBC did more recently. But as people argue over the data, something is left unsaid: Even when virus cases do increase, it’s irrelevant.

As for NBC, it wrote last Thursday that Wisconsin “reported 599 new known COVID-19 cases on Wednesday with 22 known deaths, according to Wisconsin’s Department of Health Services, the highest recorded daily rise since the pandemic began there.” Sounds ominous.

But it’s not just that increased virus testing will, of course, result in an increase in known cases. It’s not just that Wisconsin reported a new single-day low for its Wuhan-virus-positive case rate a mere three days after NBC’s report. It’s also something deeper.

The phrase “flatten the curve” has become nauseatingly common. But as Dr. Knut Wittkowski, former longtime head of the Department of Biostatistics, Epidemiology, and Research Design at the Rockefeller University in New York City — who warned long ago that lockdowns were folly — pointed out, if “you flatten the curve, you also … widen it.”

But it follows from this then, that if you stop flattening the curve, if you narrow it, you also heighten it. In other words and (very) simply put, instead of having a given number of Wuhan virus cases over a longer period of time, they occur over a shorter period of time. This can actually be a good thing.

As Dr. Wittkowski explained two months ago, “I don’t see a good reason for a respiratory disease to stay in the population longer than necessary.” He stated that if we’d allowed the healthy people to mingle, same as usual — while protecting the vulnerable groups (mainly the elderly) — herd immunity would’ve been achieved in weeks, the virus would’ve been “exterminated” and then the older folks could have safely gotten back together with their kids and grandkids.

Of course, it would be wonderful if all “premature” loss of life could be avoided. But that’s not reality. In fact, we accept our 36,000 annual traffic deaths even though they’re fatalities we could actually do something about: Lower the speed limit everywhere to five miles per hour and enforce it strictly. Why accept this carnage? Because there are risks associated with trying too hard to avoid other risks (more on this momentarily).

I won’t again list America’s 20th-century flu pandemics, the most serious two of which caused, individually, more deaths than the Wuhan virus has (a third caused considerably more adjusted for population). But how’s this for a spike:

For a few weeks in early 2018 — during a flu season claiming approximately 61,000 lives — the elderly were dying of the disease at the rate of 169 a day, or seven an hour. Did we shut down the nation? Did the media even notice?

Maybe they should have. Perhaps then we may do a better job protecting the elderly, as opposed to seeding their nursing homes with virus-positive patients as Governor Andrew Cuomo (D-N.Y.) did — with dishonorable mention going to governors Gretchen Whitmer (D-Mich.) and Phil Murphy (D-N.J.) and Health Secretary “Rachel” Levine, D-Pa. But the point is that people will be lost during a pandemic.

This is where “flattening the curve” — meaning, the grand, previously untried experiment of locking down a whole nation — comes in: It really does matter if we lose those people quickly or, via the Chinese water torture version of a pandemic, slowly.

For argument’s sake, let’s say the Wuhan virus death toll ends up being the same as the 1968 Hong Kong Flu total, adjusted for population: 164,915. Those deaths could occur during a “normal flu season” time span as people go about their daily lives.

Or they could occur over a year’s course during a “lockdown.” Is there a difference?

Sure is. For flattening the curve also means flattening the economy, with consequences lasting for years or perhaps even decades. Moreover, economic distress and increasing poverty are associated with a plethora of bad health and health-impacting outcomes, such as a higher incidence of a host of diseases, stress-related disorders, depression and anxiety; and higher rates of suicide, domestic abuse, child abuse and crime in general.

Then there are the millions of people neglecting medical care — cancer screenings and treatments, etc. — for fear of going to hospitals and because the lockdowns have partially paralyzed our healthcare system. (Not to mention the loss of liberties and empowering of demagogues and factors that I, being human, can’t think of right now.)

Simply put, addressing the pandemic the normal way would leave us with, using my example, 164,915 virus deaths.

Addressing it via lockdowns would leave us with 164,915 virus deaths — plus a severely (semi-permanently?) damaged economy and, over time, hundreds of thousands to perhaps millions of extra deaths from other causes. Was this ever really a hard choice?

It’s no surprise that studies have borne out the above analysis, finding that not only don’t lockdowns save lives but that, in South Africa’s case, they could cause 29 times as much death as the pandemic would have. Now you know why many observers warned against the lockdown strategy from the beginning.

Note also that the lockdown authors essentially agreed that their strategy wouldn’t save lives — at least, back when they were first selling us on it. The goal, they said, was to “flatten the curve” so the healthcare system wouldn’t be overwhelmed.

“In many respects, it’s not whether the situation is going to get worse but how quickly,” wrote USA Today March 11.

“In flattening the curve, the goal is not so much to reduce the total number of people getting sick but to slow the rate at which they do,” the paper later emphasized.

“Even if we can’t change the total number of people who are going to be infected, by keeping the total numbers low at any given time, that dramatically improves our ability to cope with the outbreak and in particular to provide care for the people who are going to be severely ill,” the paper quoted one Emily Gurley as saying. She’s an associate scientist in the Department of Epidemiology at the Johns Hopkins Bloomberg School of Public Health.

“Our best guess is that most people are going to get this virus at some point,” she also stated.

The healthcare system was never overwhelmed, however, and the models showing it could be — even those factoring in mitigation efforts — were revealed as gravely flawed. Thus was the alarm unfounded and the lockdowns’ raison d’etre gone.

But the lockdowns continued. And a bait and switch was pulled.