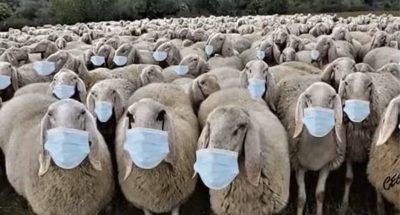 In the councils of government, we must guard against the acquisition of unwarranted influence, whether sought or unsought, by the military-industrial complex.

The potential for the disastrous rise of misplaced power exists, and will persist. (President Dwight D. Eisenhower, January 17, 1961)

The World is being misled concerning the causes and consequences of the corona crisis.

The COVID-19 crisis is marked by a public health “emergency” under WHO auspices which is being used as a pretext and a  justification to triggering a Worldwide process of economic, social and political restructuring.

Social engineering is being applied. Governments are pressured into extending the lockdown, despite its devastating economic and social consequences.

What is happening is unprecedented in World history.

Prominent scientists support the lockdown without batting an eyelid, as a “solution” to a global health emergency.

Amply documented, the estimates of the COVID-19 disease including mortality are grossly manipulated.

In turn, people are obeying their governments. Why? Because they are afraid?

The closing down of national economies applied Worldwide will inevitably result in poverty, mass unemployment and an increase in mortality. It’s an act of economic warfare.

Stage One: Trade War against China

On January  30, 2020 the WHO Director General determined that the coronavirus outbreak constitutes a Public Health Emergency of International Concern (PHEIC). The decision was taken on the basis of 150 confirmed cases outside China, First cases of person to person transmission: 6 cases in the US, 3 cases in Canada, 2 in the UK.

One day later (January 31) following the launch of the WHO Global Emergency, The Trump administration announced that it will deny entry to foreign nationals “who have traveled in China in the last 14 days”. This immediately triggered a crisis in air transportation, China-US trade as well as the tourism industry. Italy followed suit, cancelling all flights to China on January 31.

The first stage was accompanied by the disruption of trade relations with China as well as a partial closedown of export manufacturing sector.

A campaign was immediately launched against China as well ethnic Chinese. The Economist reported that

“The coronavirus spreads racism against and among ethnic Chinese”

According to the SCMP:

“Chinese communities overseas are increasingly facing racist abuse and discrimination amid the coronavirus outbreak. Some ethnic Chinese people living in the UK say they experienced growing hostility because of the deadly virus that originated in China.”

And this phenomenon is happening all over the U.S.

A global financial crisis unfolded in the course of the month of February culminating in a dramatic collapse of stock market values as well as a major decline in the value of crude oil.

This collapse was manipulated. It was the object of insider trading and foreknowledge. The fear campaign played a key role in the implementation of the stock market crash. In February, roughly $6 trillion have been wiped off the value of stock markets Worldwide. Massive losses of personal savings (e.g. of average Americans) have occurred not to mention corporate failures and bankruptcies. It was a bonanza for institutional speculators including corporate hedge funds. The financial meltdown has led to sizeable transfers of money wealth into the pockets of a handful of financial institutions.

Stage Three: Lockdown, Confinement, Closing Down of  the Global Economy

The financial crash in February was immediately followed by the lockdown in early March. The lockdown and confinement supported by social engineering was instrumental in the restructuring of the global economy. Applied almost simultaneously in a large number countries, the lockdown has triggered the closing down of the national economy, coupled with the destabilization of trade, transport and investment activities.

The pandemic constitutes an act of economic warfare against humanity which has resulted in global poverty and mass unemployment.

Politicians are lying. Neither the lockdown nor the closing down of national economies constitute a solution to the public health crisis.

Who Controls the Politicians?

Why are politicians lying?

They are the political instruments of the financial establishment including the “Ultra-rich philanthropists”. Their task is to carry out the global economic restructuring project which consists in freezing economic activity Worldwide.

In the case of the Democrats in the US, they are largely concerned in opposing the reopening of the US economy as part of the 2020 election campaign. This opposition to reopening the national and global economies is supported by “Big Money”.

Is it opportunism or stupidity. In all major regions of the World, politicians have been instructed by powerful financial interests to retain the lockdown and prevent the re-opening of the national economy.

The fear campaign prevails. Social distancing is enforced. The economy is closed down.  Totalitarian measures are being imposed. According to Dr. Pascal Sacré

… in some countries, patients can leave hospital by agreeing to wear an electronic bracelet. This is only a sample of all the totalitarian measures planned or even already decided by our governments in favor of the coronavirus crisis. It goes much further, it’s limitless and it affects a good part of the world, if not the whole world.
.

The “Herding Instincts” of Politicians

Are corrupt governments acting like “police dogs” with “herding instincts” going after their sheep.

Is “the herd” too scared to go after their “government”?

The analogy may be simplistic but nonetheless considered relevant by psychologists.

“Some breeds of dogs [corrupt politicians] have herding instincts that can be brought out with the right training and encouragement [bribes]. …. teach your dog [political proxy] basic obedience and see if it [he, she] displays herding tendencies. … Always look for a trainer who uses reward-based training methods [bribes, personal gain, political support, accession to high office]” (How to Teach Your Dog to Herd)

But there is another dimension. Politicians in high office responsible for “convincing their herd” actually believe the lies which are being imposed upon them by higher authority.