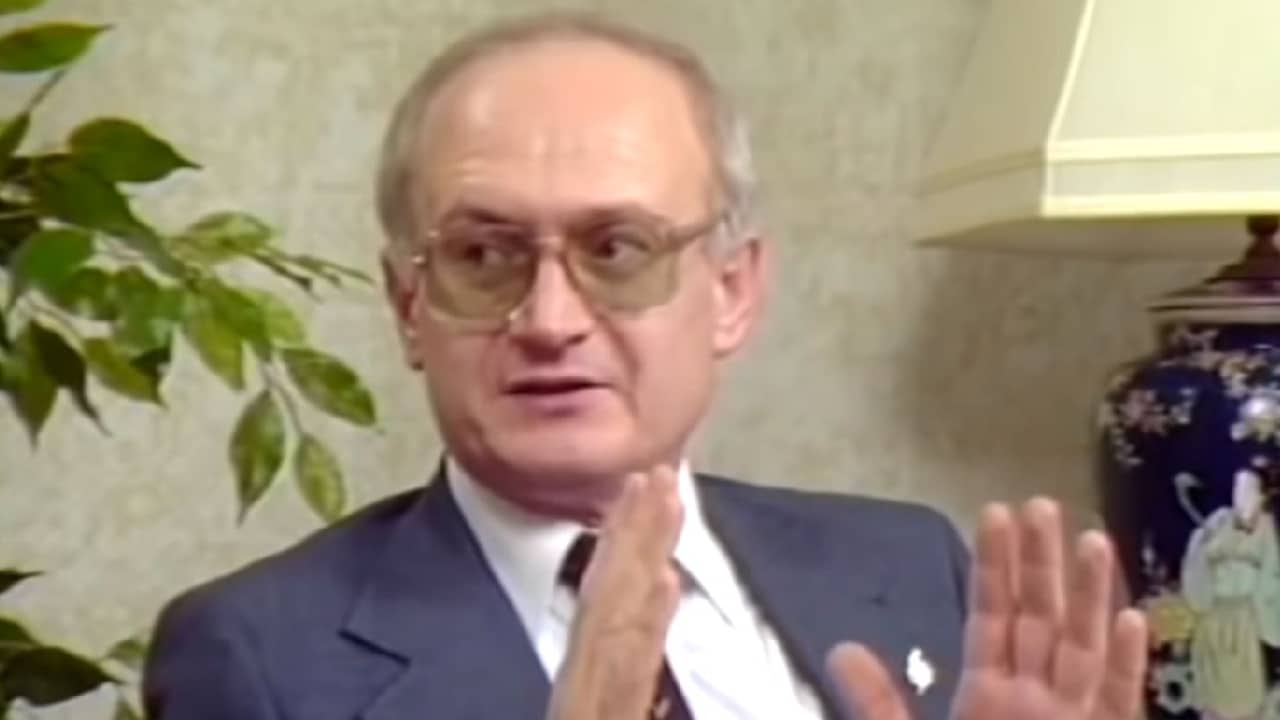 In this 1984 video, ex-KGB agent Yuri Bezmenov describes how the USSR infiltrated nations through the four stages of ideological subversion. The same process is happening right now.

Yuri Bezmenov was the son of a high-ranking Soviet officer and a member of the Novasti Press Agency – the elite propaganda arm of the KGB. One of his assignments was to accompany journalists visiting the Soviet Union to make sure they did not discover the truth about Soviet life. After becoming disillusioned with the system, he defected and moved to America.

In this interview conducted by G. Edward Griffin, Mr. Bezmenov explains the steps used by the USSR to achieve “ideological subversion”  -a long-term process to change the masses’ perception of reality to such an extent that, despite the abundance of information, no one is able to come to sensible conclusions in the interests of defending themselves, their families, their community and their country.

Today, the globalist elite is using a more sophisticated version of the process described by Bezmenov. However, the basic principles remain identical. And they’re unfolding right now. Here’s the video.

If one looks at the drastic and radical shift of the public discourse in the U.S. and across the Western world in the past 20 years, one can easily realize that a sophisticated form of psychological warfare is taking place.

Demoralization: It has been happening for at least two decades and went into full gear in the past ten years. This site has been documenting this phase since 2008. The elite’s agenda is being drilled into the minds of the youth through entertainment, education, the “news”, and social media on a daily basis. The youth is being demoralized in every way possible – from being confused about one’s own gender to turning against one’s own country.

Destabilization: In this phase, Bezmenov mentions “economy, foreign relations, and defense systems”. With the devastating effects of COVID lockdowns on the economy combined with the civil unrest of the past weeks (fueled by paid agents), one can safely conclude that the U.S. is currently being destabilized.

Crisis and normalization: This cycle happens over and over again. A crisis is introduced to society, causing panic and distress. This crisis can only be resolved through as specific “solution” that was actually planned all along. The occult elite refers to this process as “Order Out of Chaos”.