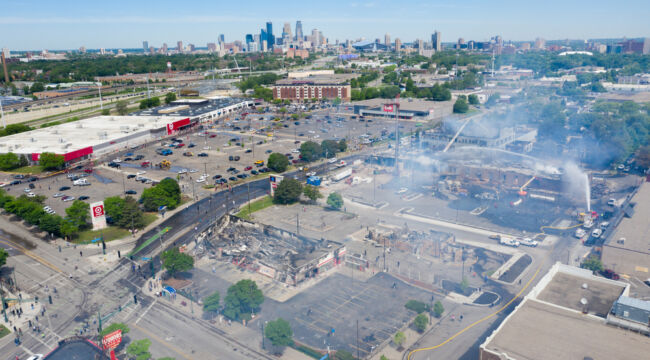 Not far from our house lies Pimlico race course, site of the Preakness, the middle leg of the Triple Crown each year. Horse racing is big, or at least pretends to be, in Maryland.

Pimlico during Preakness is bedlam. Our neighbors rent out their lawns for parking… then spend all the money they make to repair ruts in their lawns, bag beer cans and fast food wrappers and usher drunk millennials off to their next destinations.

Okay, that’s a slight exaggeration, but there are pros and cons to living near one of horse racing’s most famous venues.

Not far from Pimlico lies the neighborhood of Park Heights.

You may recall Park Heights was the ignition point for three days of rioting in Baltimore in 2015. Buildings burned. Bands of teenagers looted various dollar stores and 7–Elevens.

At one point, a group of them marched to the Inner Harbor and tried to lay waste to an upscale shopping mall.

The mayhem was sparked by the death of Freddie Gray while in custody of the Baltimore police department.

A Ringside Seat to Chaos

We watched the whole drama play out on CNN like the rest of the world, often commenting things like: “Hey, look, there’s the McDonald’s we stopped by on the way back from soccer practice the other night.”

The distance between our neighborhood and Park Heights is only a couple miles. But the social divide is a canyon.

During the Freddie Gray protests in Baltimore in 2015, over 285 businesses were destroyed. Over $10 million of small business property value went up in smoke overnight.

Our employees got an advanced preview of what it would be like to work from home during the Pandemic… because they were too afraid to work downtown. A band of protesters marched right down St. Paul street under the windows of what was at the time our customer service center.

Like Minneapolis today, the National Guard was called out. A curfew was imposed.

We feel for the folks of South Minneapolis this week.

The Spark That Lit the Fuse

On Memorial Day, we saw iPhone images of George Floyd, a petty criminal, a black man, get his neck crushed by Derek Chauvin, a white cop. Just what we needed following weeks of claustrophobia, eh?

Now Minneapolis is burning as mobs have looted and torched stores — and police stations (doesn’t look like they’re not practicing social distancing. What would Dr. Fauci say?). 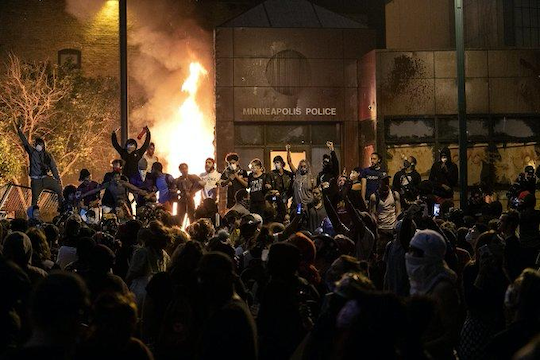 Since the riots began Monday evening in Minneapolis, over 170 businesses have been burned, looted and vandalized.

One “protester” said yesterday that they’re coming for the suburbs next. Reassuring for suburban Minneapolis.

Protests have also spread to other cities like Los Angeles, Denver, Memphis and Columbus. Though on lesser scales.

Things are quiet here in Baltimore, or at least no louder than usual — for now anyway.

One Minneapolis woman asked poignantly on NBC news: “We understand the anger. Police brutality is wrong. But what does any of this prove?”

She was standing in front of a building smoldering after having been torched by protesters the night before.

Insanity Is Rare in Individuals, the Rule in Groups

One thing we know is that crowds often bring out the worst in people. “Insanity in individuals is something rare,” said Nietsche — “but in groups,. parties, nations, and epochs it is the rule.”

To protest injustice is certainly worthwhile. But to loot and burn down the stores of people who had nothing to do with the injustice? That’s a different story.

In the process they destroyed many jobs of those who needed them most during this time of crisis. Where’s the justice for these victims?

To take things to the level of politics, you can call mass political movements like Fascism and Communism a madness of crowds.