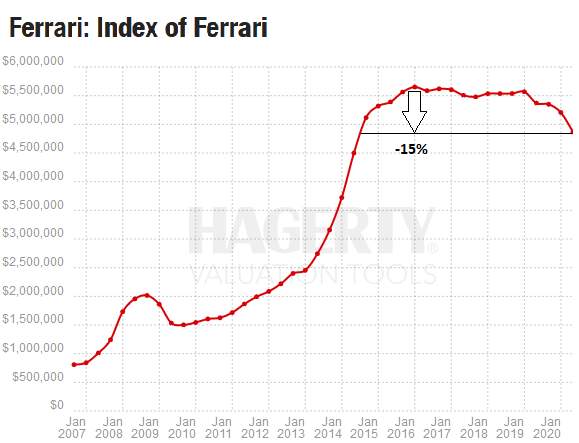 It hadn’t been a smooth ride for the asset class of beautiful machines before the pandemic, including the fiasco at the Monterey auctions last August. Now, in response to the pandemic, all live auctions were either canceled, postponed, or moved to online platforms. Auction activity dropped to the lowest level since December 2010, and private-market activity fell to the lowest level since May 2012, said vintage-auto insurer Hagerty in its release today.

The Hagerty Market Index – which tracks prices and volume of classic cars that sold at auctions and private sales, and is adjusted for inflation – dropped 1.9% in June from May to a value of 138.07. It is now down 11.8% from a year ago, and 26% from the all-time high in August 2015. During the Financial Crisis, the index fell 16% peak-to-bottom (chart via Hagerty, notes added): 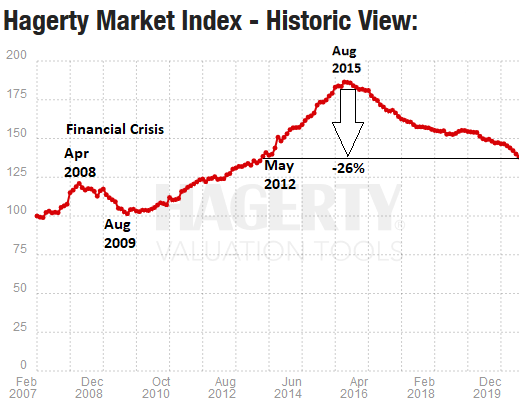 We’re going to take four of these indices of beautiful machines out for a spin: Blue Chips, Ferraris, Affordable Classics, and American Muscle Cars.

The Hagerty “Blue Chip” Index of the Automotive A-List

The average price reflected in this index of “25 of the most sought-after collectible automobiles of the post-war era” dropped 7% in May from the last reading in January, after having dropped 6% in January from the prior period, to just above $2.25 million. The index is down 14% from the $2.62 million peak range in 2018. 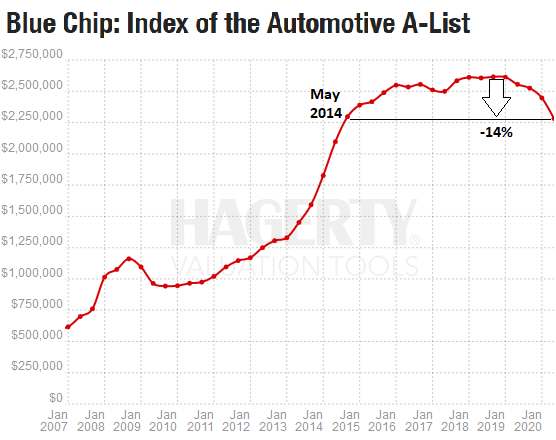 These are the 25 cars that are in the Blue Chip Index: