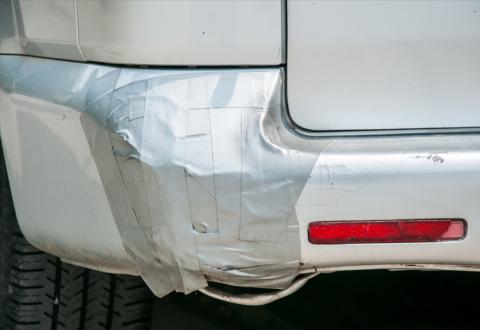 While it is relatively easy to predict that the postcorona economy will suffer from high unemployment, the outlook for price inflation is not so certain. On the one hand, there will be high government deficits and more public debt; on the other hand, given the weak economy, consumers and companies may refrain from taking on new debt and could begin to lower their debt burden.

In contrast to common usage, the correct use of the term “inflation” refers to the money supply. Rising prices are not the cause, but the result of monetary expansion. However, not every rise of the money supply turns into price inflation. It can happen that the so-called price level remains stable when there are drastic shifts in the demand for goods and services that impact differently on their prices. The average will be deceiving when rising and falling prices cancel each other out and when certain goods and service vanish from the statistical basket because prices have risen so much that the demand has collapsed.

Due to the immense disruptions caused by the lockdown of the economy and because of social distancing, fundamental structural changes in business life are going on. More goods and services will be removed from the official price statistics than usual, and for those products that remain in the basket, prices may vary widely.

Problems with Measures of Price Inflation

Even more than in the past, the statistics of the price index will send wrong signals about the extent of price inflation. If the prices for some goods rise exorbitantly and, accordingly, there is less demand, they go into the statistical shopping basket with a lower weight, and these goods can drop out completely if they are hardly in demand because they have become too expensive for normal consumers. Even more than in the past, price inflation, measured by the statistical price index, will no longer be a reliable guide for monetary policy—if this has ever been the case.

Inasmuch as modern central banks follow the policy concept of “inflation targeting,” they will lose a reliable compass. Central bankers set the interest rates as if blindfolded.

More than in the past, depending on their personal demand structure, each individual will have a price inflation rate that differs from that of their fellow consumers. Different social groups will not only be affected differently by unemployment, but also by the price changes. The so-called price level stability directive is becoming less and less meaningful as an indicator of monetary policy. The same applies to official unemployment numbers. The upheavals that the lockdown has brought about affect the segments of the labor market in different ways. When persons leave the labor market for good, they no longer show up as unemployed.

As it did with the blow that came with the oil price shock in 1973, the economy after the lockdown confronts stagflation. When stagnation and recession show up together with price inflation, macroeconomic policy has hit the wall. Using Keynes as the guide for fighting the downturn of the economy after the lockdown would give an additional blow to the economy, which has already been weakened by the lockdown. The lockdown of the economy has also severely hurt the global system of supply chains that had been a major source of keeping prices low. Additionally, with the rupture of the trade with China that concerns not only the United States, the impact of cheap goods from overseas that had dampened global price inflation will recede. One of the consequences of more home production instead of global free trade will be higher production costs.

Monetary authorities have released a huge amount of money in the form of central bank money to mitigate the consequences of the economic slowdown and social isolation. Such a policy has already been implemented in response to the 2008 financial crisis and has been practiced as a so-called quantitative easing.

In response to the 2008 crisis, the assets of the balance sheet of the Federal Reserve System have expanded from $870 billion in August 2007 to $4.5 trillion in early 2015. The later attempts to trim the central bank’s asset sheet only slightly brought down the amount of assets to $3.8 trillion until August 2019, when monetary policy became expansive again. Beginning in September 2019, the assets of the Fed began to rise again, reaching over $4 trillion before an additional big boost due to the lockdown lifted the total assets to over $7 trillion dollars in June 2020.

The lockdown brought the economies all over the world almost to a standstill and affected production and supply chains. The International Monetary Fund currently expects global production to shrink by 3 percent in 2020. While the US government has refrained from an economic outlook for the rest of 2020 on the grounds that the preview is too uncertain, the Congressional Budget Office predicts a fall in the real GDP of 12 percent during the second quarter and an unemployment rate close to 14 percent.