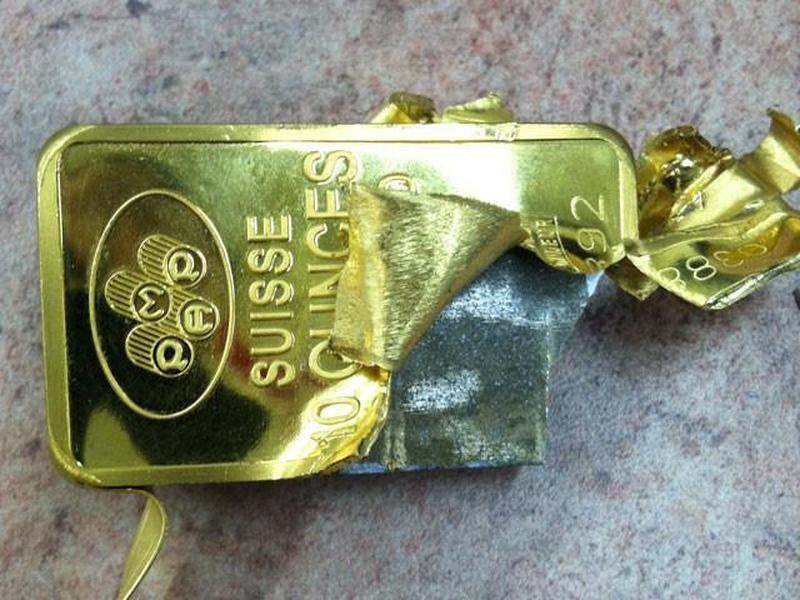 Over the years, we have periodically reported of the occasional gold bar discovered as counterfeit in Manhattan’s Diamond District which instead of containing the yellow precious metal would be filled with gold-plated tungsten or in some cases copper. The news would spark a brief wave of outrage, prompting physical gold holders to run ultrasound spot checks of their inventory, at which point interest would wane and why not: buyer, after all, beware in gold as in every other market, and if someone is spending thousands to buy fake gold, well that’s Darwinism in action.

Yet one market which seemed stubbornly immune to any counterfeiting was that of physical gold in China, which was odd considering that over the past decade China had emerged as the world’s biggest counterfeiter of various, mostly industrial metals used to secure bank loans, better known as “ghost collateral“, and which adding insult to injury, would frequently  be rehypothecated meaning often several banks would have claims to the same (fake) asset.

All that is about to change with the discovery of what may be one of the biggest gold counterfeiting scandal in recent history. And yes, not only does it involve China, but it emerges from a city that has become synonymous for all that is scandalous about China: Wuhan itself.

With that preamble in mind, we introduce readers to Wuhan Kingold Jewelry Inc., a company which as the name implies was founded and operates out of Wuhan, and which describes itself on its website as “A Company with a Golden future.”

In retrospect, it probably meant “copper” future, because as a remarkable expose by Caixin has found, more than a dozen Chinese financial institutions, mainly trust companies (i.e., shadow banks) loaned 20 billion yuan ($2.8 billion) over the past five years to Wuhan Kingold Jewelry with pure gold as collateral and insurance policies to cover any losses. There was just one problem: the “gold” turned out to be gold-plated copper.

Some more background: Kingold – whose name was probably stolen from Kinross Gold, one of the world’s largest gold miners – is the largest privately owned gold processor in central China’s Hubei province. Its shares are listed on the Nasdaq stock exchange in New York (although its current market cap of just $10MM is a far cry from its all time highs hit when the company IPOed on the Nasdaq around 2010) . The company is led by Chairman Jia Zhihong, an intimidating ex-military man who is the controlling shareholder.

What could go wrong?

Well, apparently everything as at least some of 83 tons of gold bars used as loan collateral turned out to be nothing but gilded copper. That has left lenders holding the bag for the remaining 16 billion yuan of loans outstanding against the bogus bars. And as Caixin adds, the loans were covered by 30 billion yuan of property insurance policies issued by state insurer PICC Property and Casualty and various other smaller insurers.