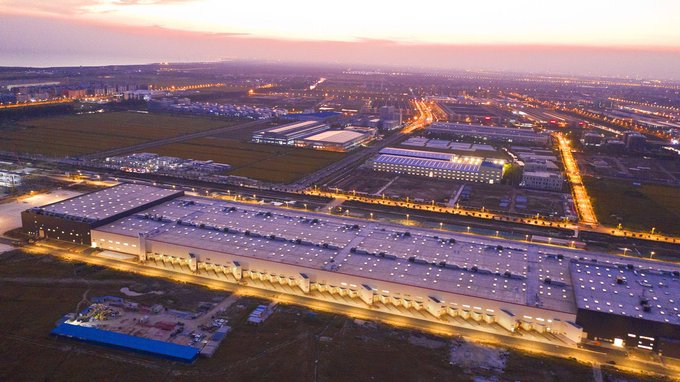 It has been almost exactly two years since Elon Musk’s infamous conference call meltdown when the Tesla CEO snapped at RBC analyst Joseph Spak for asking “boring bonehead questions” during the Q1 2018 earnings call. Today, Musk did it again only this time instead of raging at a “bonehead” question, the notoriously volatile CEO went off on a bizarre tirade, hammering an issue he has expressed substantial displeasure with in recent days: the inability to open up the Tesla Fremont factory Calilfornia’s shelter-in-place orders.

Just hours after the Tesla CEO tweeted his best Donald Trump impression to date, screaming “FREE AMERICA NOW” clearly displeased with the ongoing state of affairs in the US virus-stricken nation…

… Elon held the Tesla earnings call where toward the end, increasingly angry, Musk unleashed a 5-minute rant complete with an f-bomb in which the CEO doubled down on his stance against the shelter-in-place orders that have gripped the United States economy in recent weeks, warning that the factory shutdowns are a “serious risk” to the electric automaker’s business.

“It will cause great harm, not just to Tesla, but to many companies,” Musk said on the call. “And while Tesla will weather the storm, there are many companies that will not. Everything people have worked for their whole life is being destroyed in real time.”

“It’s breaking people’s freedoms in ways that are horrible and wrong and not why they came to America or built this country. What the fuck. Excuse me. Outrage. Outrage.”

“Frankly, I would call it forcible imprisoning of people in their homes against all of, their constitutional rights, in my opinion” he said, and then slammed the government imposed shutdown of all non-essential businesses as undemocratic and downright “fascist.”

“If somebody wants to stay in their house, that’s great and they should be able to,” he said. “But to say that they cannot leave their house and they will be arrested if they do, this is fascist.  This is not democratic, this is not freedom, give people back their goddamn freedom.”

Of course, neither the California or federal shelter-in-place guidelines penalize those who go outside with arrest. That did not prevent Musk from concluding that “the people are going to be very angry about this and are very angry.” What he meant is that he is angry because orders prevent Tesla from building cars at the Fremont facility while the shelter in place order is active.

The billionaire first said panic about the coronavirus “is dumb” on March 6, as the US first began reporting cases that have now topped 1 million. His eagerness to return back to business reemerged on March 19 when he said that “based on current trends, probably close to zero new cases in US too by end of April.”