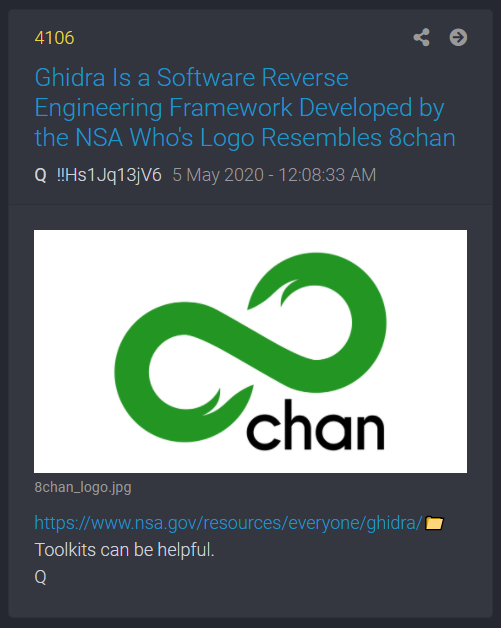 I’ll admit it: I’ve been off my A-game for some time now.

I’m not trying to play the blame game here, but at least allow me the opportunity to talk about things from my perspective:

Someone mentioned it on Gab a couple days ago; they said I had “postpartum” depression following the release of my book. Upon further reflection, I think they’re correct. I had always heard about this happening to other screenwriters during my time in Hollywood. They would work on a script for so long – for many, it would be years of work to put 120 pages up on the silver screen – and afterwards, they would feel lost for an extended period of time. It was like they had this “baby” gestating inside of them and they put in all this time and energy into pushing it out into the real world, where it would one day have a life of its own beyond their control – so I think the postpartum analogy is correct here.

It doesn’t help that during this time period so many “Anons” decided to heap abuse on me for my efforts. I can’t tell you how many times I’ve been called a “paytriot” or a “shill” or a “clown” or a “faggot” or whatever now. In the early days, I think a lot of this was astroturfed by actual shills – this was around the same time I had my initial Facebook page censored (this was very early in the Q-movement, remember), and then, a short while later, all of Gab was attacked and deplatformed (before making a recovery that can only be described as miraculous).

No, I sold some T-shirts to help pay for my server and said some meanie words to some bonafide idiots at some point, so that means I must be a shill/clown/paytriot/faggot/etc!

Now look, to a certain degree, this kind of stuff comes with the territory for anyone who attempts to accomplish anything. It doesn’t matter how perfect one might be; there will always be someone out there who hates you just because at the end of the day, they don’t like the look of your face. But for some reason, this really seemed to amp up during and after the book’s release. I was accused of “stealing” people’s research by people who had obviously never read the book, and generally just shilled against non-stop. One of the board volunteers takes time, whenever another Anon mentions my name on the boards, to go on a sockpuppet Anon account (instead of logging in and showing that he’s a Board Volunteer, to endlessly shill against me. But what really got to me was that so many Anons seemed to be buying into the, frankly, blatant disinfo about me this time around.

To a certain extent, I get it, but at the same time, I expected a much higher level of discernment from Anons.

I think part of that is attributable to a sort of “Eternal September” kicking in across the movement. What started out as a purely “Anon” based movement in the beginning morphed into something much more mainstream and normie-friendly – and with that was the move away from the thought patterns of weaponized autists, to normie-thought-patterns.

And this is something I don’t think a lot of Normies just fundamentally don’t understand. Anons originally went to the chans to escape society and find refuge with, well, other like-minded malcontents – ie, away from Normies who rejected them in just about every other single walk of life. We could talk about our hyper-niche interests, create our own memetic culture, and generally enjoy each others’ company and writings without being constantly judged (and rejected) by the outside world, by the people, the individuals who seemed to have no trouble whatsoever functioning in the outside world.

But what happens when the outside world suddenly takes a keen interest in the Anon world?

Well, I think it looks A LOT like the QAnon movement in its current state. There’s a lot of noise, a lot of cheerleading, and a diminishing returns when it comes to discernment that frankly, leaves a LOT to be desired.

For me, it showed up as A LOT of normies in my own group and site yelling and attempting to lecture me for being the weaponized autist I am, instead of them realizing that they came to this whole movement late, and should learn to shut up, lurk more, and listen to those who came before them, and who are, frankly, much more capable in this particular arena of information warfare.

It was like the normies barged in to the space I had created, and demanded I suddenly accommodate them, instead of them being humble, reflective, and willing to learn and listen.

I’ll give you a recent example:

Recently, Q reminded us that the NSA gave us an open-source tool capable of decompiling the code used in, well, basically any app on the planet, for any platform:

I can pretty much say that back in the day, circa 2018, real Anons would have been all over this for days.

Today, there is a dedicated “Codefag” thread, with basically nothing in it.

The most I saw “Anons” produce was a notable link to a post on thedonald.win, which evidently a QAnon follower had posted there (given the name of the user was “wwg1warrior”) and they just blindly asserted that Ghidra could be used to unredact redacted documents.