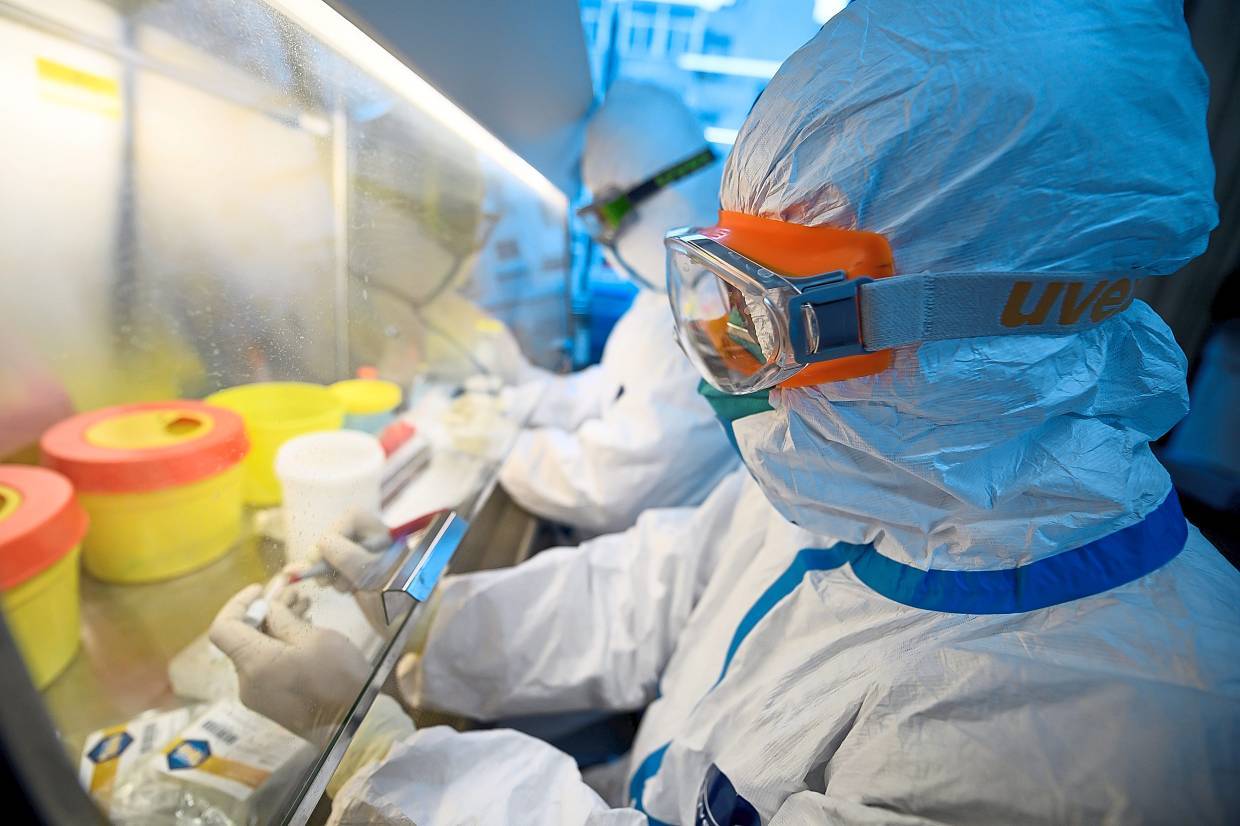 The Covid-19 pandemic has yet to produce an authentic “case zero” and not for want of searching.  One candidate, for instance, had no connection with the alleged source of the infection, the Wuhan wet market.   Further, Chinese sources have failed to demonstrate conclusively that the virus originated with  the market or even the Wuhan BSL-4 high-containment facility (1) and some are now expressing doubts the outbreak even originated in China.  I’m inclined to agree.  And, for a variety of reasons, I doubt the lethal L strain of SARS-CoV-2 found in China, Italy, parts of the EU and in Iran is a natural product, and I have my suspicions about the more-prevalent S or “ancestral” strain that seems to be far less lethal.(2)  There are also 4 and possibly 5 known variants of these.

I’m of the opinion that the virus responsible for the Covid-19 pandemic (SARS-CoV-2) has been modified by human intervention, and either inadvertently or deliberately introduced into humans.   Whether this modification was a result of alterations made to study the mutation rate of a naturally occurring virus (in order to develop vaccines, treatments or tests) or whether the virus was deliberately weaponized remains to be determined.

SARS-CoV-2 is a very large RNA virus—an excellent platform for loading additional RNA onto.  And this virus can vary in antigens by ribosomal shifting in transcription of the viral RNA, meaning it can make the ribosomes start transcription at different starting points of the viral RNA to produce different proteins.   And this shifting can be stimulated by drugs, vaccines or even simply due to the structure of nucleic-acid triplets, meaning a change to structure can change the operation of the virus without necessarily changing the sequences.  Since the nucleic acid sequences are what a researcher would typically look at to determine the origin of a virus, a structurally altered nucleic acid sequence would likely escape detection.  Also, selective pressure and mutagens can also be applied to viruses in cell culture and, later, in living animals to select viral strains with desired traits without direct molecular intervention.   This is done in vaccine development—but it could also be done by bad players.

Several papers have been published purporting to debunk the widespread suspicion that SARS-CoV-2 was a product of “slicing and dicing.”  As someone who spent many years covering such topics and reading thousands of scientific papers, these do not convince me.  Part of the problem may be the sequencing of the S (ancestral) strain rather than the more lethal L strain.  One paper even concludes with the possibility of engineering as being “unlikely.” (XXX)  This is not good science in my view as that weak conclusion shows the paper did not, in fact, disprove the theory.  We are no longer in days past.  Science and scientists do wittingly or unwittingly become tools of propaganda.(3)

On the other hand, papers that might support my suspicions are ruthlessly censored, such as a very good paper from India showing HIV-like inclusions in the virus—a gain-of-function mutation that is extremely rare.  Simply because they used the phrase “similar to sequences found in HIV” their pre-publication was subjected to ruthless attacks and had to be withdrawn. (4)  The researchers did NOT state these were the exact sequences from HIV but the existence of these sequences in SARS-CoV-2 is curious as I will discuss later.

Despite this censorship, HIV, which I wrote about extensively in the 1980s, is in the same category (positive-sense single-strand RNA virus) as SARS-CoV-2 exhibiting ribosomal-shifting operation.  So it’s no surprise that anti-retroviral drugs developed for AIDS are being used to treat Covid-19 patients with some success in Japan and elsewhere.  (Because of this ability to change the start site of transcription of the virus in the ribosomes of an infected cell, I predicted a vaccine would never be developed for HIV—and I was called a “public health menace” at the time for stating this.  For the same reason, I doubt a safe and effective conventional vaccine could be produced for SARS-CoV-2.  More on this later)

Regarding the second point about the needed lethality of an engineered virus, I beg to disagree.  While bacterial bio-warfare agents such as anthrax have high lethality, there are known countermeasures to treat “friendly” forces and populations that may become accidentally infected.  It would be far too dangerous for any sane nation to use a highly contagious weaponized virus with very high lethality and no known effective treatments!   From my reporting efforts in the 1980s, it seems a virus such as that causing Covid-19 would be a perfect covert-warfare agent if it were engineered to do exactly what it is doing now: cause financial panic, overtax medical resources, disrupt industry and transportation, and generally debilitate and immobilize large blocks of population.  Further, such an agent released during the normal flu season (as this one may have been) would go largely undetected until much of the population had been exposed and it was too late to control the disease by isolation.

Apparently, Chinese officials concluded the disease is caused by human-modified viruses and have appointed a biowarfare expert—Major General Chen Wei—to lead the campaign against the outbreak in Wuhan.  She takes leave from her position at the medical at the Academy of Military Sciences and as an academician of the Chinese Academy of Engineering.  Wei is assisted by specially-trained troops of the People’s Liberation Army (PLA) Hubei Garrison in the Central Theater Command.  (Source: PLA Daily and CCTV.)  The military style and ruthlessness of the eradication effort is what one would expect in the case of a bioattack.  Infected citizens are treated almost as enemy combatants in some cases, possibly because some—even if asymptomatic–may become permanent carriers of the disease and, like AIDS patients, need anti-retroviral drugs for life.  While supplies are supposed to be delivered to quarantined citizens by the PLA, calls from victims to alt media sources indicates some of these have not received even a grain of rice.