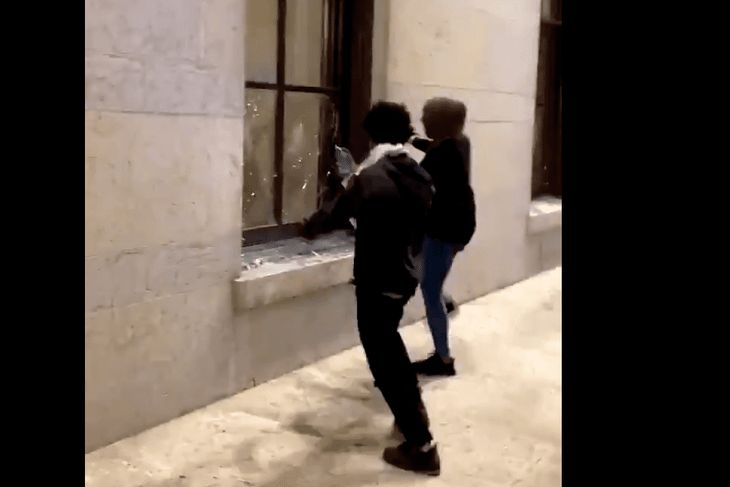 Rioters in Columbus, Ohio, launched an attack on the Statehouse in the early hours of Friday morning to protest the death of George Floyd in Minneapolis. Floyd, who was unarmed and subdued with handcuffs, died after a police officer pinned his neck to the ground with his knee and held it there until he stopped breathing.

The Statehouse in Columbus came under attack, with rioters breaking windows and some entering the building. There are unconfirmed reports that the protesters damaged the interior of the building.

WATCH: Columbus protesters targeting the Ohio Statehouse just a little bit ago. State troopers responded from inside & Columbus PD came over from the nearby street. pic.twitter.com/4P7kRNVMv5