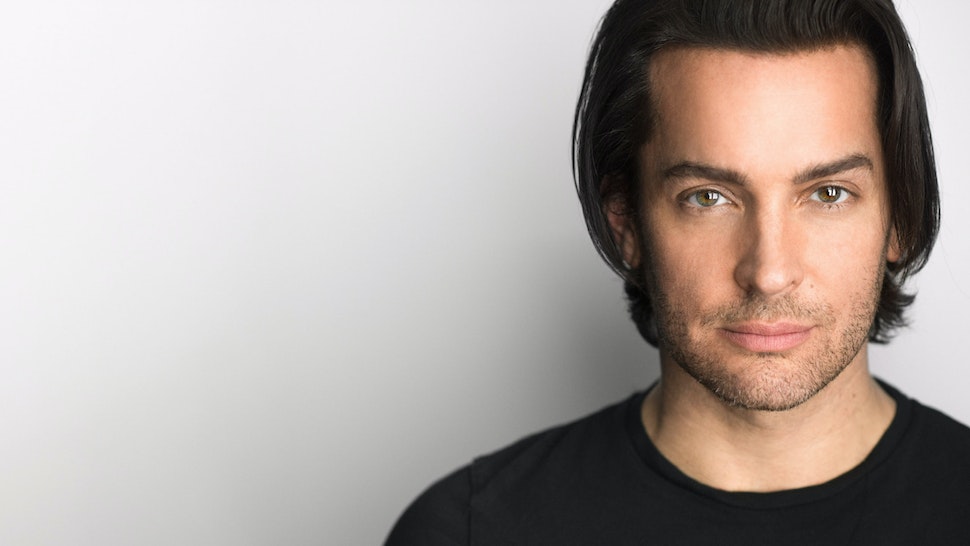 Straka has also hosted numerous town hall events for minority communities, two of which The Daily Wire covered here and here, and has spoken across the country about walking away from the Left.

On Saturday, I had the opportunity to speak with Straka about the progress that’s been made, where he sees the movement going in the near and distant future, ideological freedom, support for President Trump, and much more.

If you would prefer to listen to the interview rather than read it, the audio can be found at the bottom of this piece. Time stamps will be provided in writing after each question.

STRAKA: Yeah, I mean, I think that the #WalkAway movement is absolutely doing what I had hoped. Our numbers are still going up at a really amazing rate. People are still telling their stories and their testimonials. One thing that’s been interesting, since the beginning almost two years ago, is that these different things that happen in society bring on various waves into the movement. And one of the big things that brought a wave on was the Brett Kavanaugh hearings. That was very upsetting to a lot of people and pushed a lot of people out. Of course now we have the shutdown, and the reopening seems to be sort of politicized – not to mention that right now, as you and I are having this conversation, various cities in America are burning due to the rioting after George Floyd’s death.

So it depends on what’s going on in the world and in the news cycle. But yeah, the numbers keep going up and up and people keep making their testimonials.

I was very proud that last year we went beyond being a social media movement, which is where we really started in 2018, and #WalkAway started crossing the country, doing minority focused town halls, and a college campus tour, and creating educational videos. So I feel like we’re doing so much more now than we were before to make an impact. I’m just very proud of where the movement is and where we’re headed.

DW: Speaking of where you’re headed, what does the future of the movement look like? (1:39)

STRAKA: Well, for the immediate present, when I look at where we are today through to election day, we have to be a little bit strategic because on a daily basis the situation changes. Certain states are starting to reopen. Other states, their governors are telling them it could be many more months. And obviously, this isn’t specific just to us, but this has thrown a wrench into our strategic plan for the year, as it has for everybody. We have to sort of rethink how we’re going to approach people, how we’re going to get our message out as much as possible.

So between now and election day, it’s going to be a combination of doing live events where we can go, and then doing virtual events for various communities and on various issues that we feel like are going to grab people the most and catch the most attention, and hopefully wake people up and get them to walk away.

After the election – and I personally feel strongly that Donald Trump will be reelected – but we’re going to have to wait and see what the result of the election is. Then once we know that, we can kind of re-strategize what our plan will be for the next four years. Because how the election comes out – and it’s not just the president, of course; it’s what will happen to the House and the Senate and the government at large – that will tell us a lot about how our culture is going to be shaped over the next four years. Then we’ll kind of re-strategize based off of that.

But I can tell you that I know for certain that we definitely want to expand our presence in college campuses and our college tour. We definitely want to start opening #WalkAway college chapters across the country. We want to have more boots-on-the-ground activism in every state across the country, and kind of create chapters or clubs or whatever you would want to call them of boots-on-the-ground activists who go out and do door-knocking and voter registration, and who even socialize. But a lot of that, the specific way that we do it, will depend on the outcome of the election.

DW: How has your personal experience evolved from the very beginning when you released that video to now, politically? (3:57)

STRAKA: I guess I would say that I continue to learn every single day. I try to continue to educate myself and to know more and to learn more, and as I do, my position has even continued to evolve and change shape on certain issues.

I’ve learned a lot about how behind the scenes in the political movement works. I’ve seen a lot of things that I’m very happy about, and I’ve seen a lot of things that have disturbed me. And I can tell you that my primary focus is to focus on this election and try to shape the outcome of this election in November as much as I possibly can. But once we get past this, I do feel a certain compulsion, I think, or obligation perhaps, to talk about some of these things that I’ve seen because there is kind of a disturbing power structure that takes place behind the scenes that a lot of people, I think a lot of conservatives, don’t know about in which some people are allowed to have a voice and some people are not allowed to have a voice.

I think some people are misusing and abusing the power they have. And it’s not what I think a lot of people think when they go, “Oh, well, we’re all on the same team. We’re all here to lift each other up.” Not really. I mean, there’s a lot of people behind the scenes just motivated by money, power, just like anything else. So that has been very eye-opening to me. I just want to see really good people rise up. I want to see people care about the cause, and care about the movement, and who actually want to make a difference in the world. I’m kind of done with a lot of these people who are just in it to be celebrities and Twitter personalities and who have, I think, really misused the privilege that’s been given to them of being a high-profile voice. I would like to see this power structure change.

STRAKA: Well, probably. I mean, honestly, probably. I have to put a lot of thought into it because the response I’m going to get if I talk about these things is going to be unpleasant, and I know that. It’s lifting the mask to a certain degree off things that go on behind the scenes. It’s ugly, unfortunately on both sides, and people don’t want to hear that. I mean, people want to think it’s only the other side that has these problems, but it isn’t true. I mean, there are people who are hungry for power, and control, and fame, and wealth everywhere. On all sides. And yeah, I mean, I do think all the time about doing a book. But timing is everything, so I have to sort of put the lid on it, I think, until the time is right.

DW: So you’re obviously very pro-Trump, but there are those who have walked away from the Left who are not. Do you think that you, as the leader of this movement and your unabashed support for the president, could damage the movement for those who might want to leave the Left, but aren’t ready to support someone like Trump? (7:12)

STRAKA: It could – and that is something that I think about. I mean, I try as often as possible to include in our messaging that I, as an individual, after doing my own research and doing my own homework and really putting a lot of thought and consideration into how I think and how I feel, have found myself now in the Republican Party and as a Trump supporter. But it is not compulsory that you believe that, or that you think that to be a part of this movement. A good number of people are not, and also to be honest with you, even people on my core team don’t necessarily agree with me.

I have a very small staff of people who I make decisions with, that we plan events with, that are equal decision-makers with me. Some of them are not Republicans and don’t want to be Republicans. And some of them, they respect the office of president and they would never disrespect Trump just because they believe that it’s not American to be so disrespectful to the person who’s in the office of president, but they themselves are not so sure how they feel about President Trump. And that’s fine.