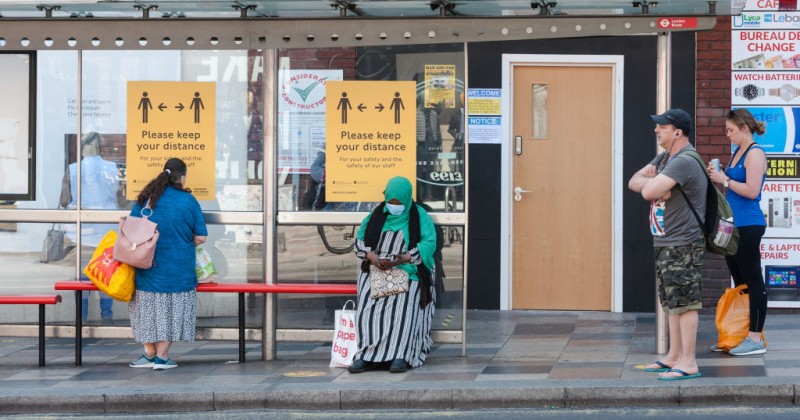 Says gap is not necessary.

A top scientific adviser to the UK government says that the 2 meter social distancing rule is based on “very fragile evidence.”

The British government has been advising its citizens to keep a 2 meter distance for over two months despite other countries advising the gap only needs to be one meter.

“The World Health Organization recommends a one metre distance, Denmark has adopted it since the beginning of last week,” said Dingwall.

“If you probe around the recommendations of distance in Europe you will find that a lot of countries have also gone for this really on the basis of a better understanding of the scientific evidence around the possible transmission of infection,” he added.

Many observers have warned that enforcing the 2 meter rule is practically impossible for many shops, restaurants and bars and will put them out of business.

“The distance may be a non-scientific estimate that just caught on in countries around the world, as top researchers say there is not solid evidence to back it up,” reports the Daily Mail.

As I highlight in the video below, the “new normal” of social distancing is creating a society so pedantic and cringeworthy, it’s almost like it’s a tactic to make us want to stay indoors forever.