The current COVID-19 pandemic has generated an enormous amount of media coverage, effective closing down of multiple economies, and an increasing barrage of propaganda aimed at apportioning blame to China. Whether any of these reactions are justified by the actual figures is a moot point. When the panic has subsided and countries return to normal levels of social, educational and economic activity, a sober analysis of causes and consequences will be well overdue.

The political and media generated panic over the virus has almost buried the more sober medical analyses that have been largely confined to professional medical journals. For example, a detailed investigation by the Joint Field Epidemiology Investigation Team, a specialised group that is part of the Chinese Centre for Disease Control refuted the claim that the COVID-19 epidemic originated in the Huanan seafood market. This is an allegation still repeated by western politicians and media outlets.

After an analysis of the characteristics of 27 genomes of the COVID-19 virus by scientific groups, it was possible to determine that the common ancestor of the coronavirus could be dated back to October 2019.

The significance of that date, apart from being contrary to much of the public comment by politicians, is that it coincides with the holding of the 2019 World Military Olympics in Wuhan, China. It would be an astonishing coincidence that the virus originated in that city but was not related to the holding of the games. The Chinese researchers were not alone in making the connection. Japanese and Taiwanese studies have come to an identical conclusion.

The Americans have always argued that the virus first appeared in the United States in 2020. On 11th of March 2020 however, at a hearing in the United States House of Representatives, witnesses from the United States Centre for Disease Control raised serious doubts about that assumption. According to the Centre for Disease Control deaths that had been attributed to the normal flu epidemic (which annually kills tens of thousands of victims) were found following post mortem analysis to have in fact died from the coronavirus. The Italian government had earlier made a request for such post-mortems to be carried out on earlier victims and had been refused.

Apart from the admission of the CDC that coronavirus deaths in the United States were in fact earlier than previously acknowledged is that inquiries conducted by the Department of Health and Human Services into “flu” deaths have been classified. For what should ordinarily be regarded as open information this is astonishing. It raises some rather obvious questions.

Further evidence that the virus is natural in its origins is argued in an article published in Nature Science (April 2020) by Kristian Anderson and his colleagues. Professor Anderson’s article argued that the odds against the virus being a natural phenomenon, as opposed to being generated in a laboratory, are “astronomical”.

This scientific evidence runs directly counter to the most recent claims by Donald Trump and Mike Pompeo (both well documented liars) that they had “evidence” that the virus had been developed in a laboratory in Wuhan. Neither man was willing or able to produce the “evidence” they claimed to have to support this inflammatory accusation.

Where the virus actually originated is not known at this point, although there is a body of accumulating evidence that it was in fact the United States. The unexplained sudden closure of Fort Detrick, Maryland, laboratory, a major centre for research into biochemical and related warfare, is one clue, but there are others. Those others include American operated bio- chemical laboratories in countries on Russia’s borders.

What is of particular interest however, is that the United States has used the outbreak of the pandemic and its alleged origins to wage a massive propaganda war against China. A medical pandemic would not normally justify such an attack. The United States was the origin, for example, of the HIV, EBOLA and SARS epidemics without attracting the degree of opprobrium that they are now generating against China.

Rather, the United States attitude and behaviour is better interpreted as a reaction to the United States’ rapidly declining status as a world power capable of providing a desirable model for copying.

The United States’ military prowess was always greatly overrated as any informed examination of the sections since World War II would readily demonstrate. Notwithstanding a vast Navy, Air Force and Army, and a huge numerical advantage in nuclear weapons, its major military invasions in the post war period (Korea, Vietnam, Afghanistan and Iraq) ended in defeat or stalemate.

In recent years however, those alleged “advantages” derived from its military and the role of the dollar, have crumbled. In 2018 Russia’s President Putin announced an array of Russian military technology that was vastly superior to anything the Americans had. That superiority is unlikely to be seriously challenged in the foreseeable future.

And even greater shock was awaiting the Americans. They had long described themselves as the exceptional nation in so many ways, including, of particular importance, their status as the world’s economic powerhouse. That particular delusion has been dealt a devastating blow by the latest gross domestic product figures released by the IMF on 22 April 2020, using parity purchasing power (PPP) which the IMF note is the only sensible measure to use as it reflects actual economic power.

Those figures show that China’s economy at $27.8 trillion is substantially larger than that of the United States ($20.3 trillion). Russia has now replaced Germany in fifth place. Only five of the 15 largest economic nations (United States 2nd; Germany 6th; United Kingdom 9th; France 10th and Italy 14th make the top 15, a truly significant rearrangement of the economic world order that had existed for a very long time. 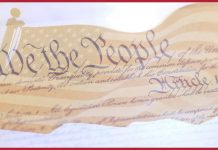