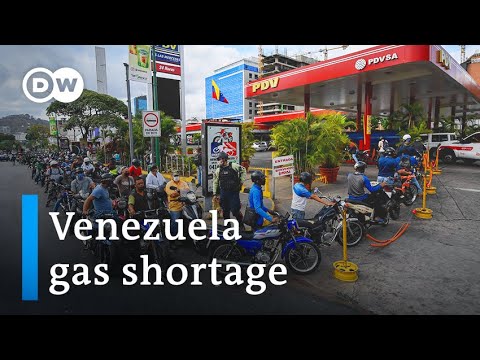 Dear readers, those who already know me are aware I used to write about confirmed facts we all care about as preppers. At this point in my life I hardly can be considered a prepper, though. A survivor? Sure. I’ve been in much better conditions (as I have mentioned earlier in previous articles) than other migrants. Always had a roof and something to eat, and could buy my kiddo a good meal every now and then and even an ice cream, cookies and the occasional chocolate when he asked for it. Maybe I have not eaten a grilled steak every two days, but I haven’t starved. Have I seen myself rationing? Sure. At least I have something to ration. I know I have been a little…disperse. I have realized that facing with a reality you had only had imagined in your worst scenario fantasies, is harder than I thought. That´s why I´ve been trying to recover myself, and getting used to the quite grim possibility of death far away from my homeland.

This said, I received a few audios about a situation that is presenting given the scarcity of gasoline that has already impacted the food supply. The person sending me these materials is reliable, and informed me that indeed that happened.

There’s a fuel shortage in Venezuela

The local majors, governors, and uniforms have confiscated the fuel, and they sell them in dollars, for their own personal profit. This way they are bypassing tax controls, impeding the audit, and pocketing all the money they collect. They are trafficking with the fuel, and this brings along two consequences.

One, crops were lost. Not that they care, of course. The Chinese need Venezuela with the least amount of people possible. They want our land for themselves and this is evident. Almost one million square km, plenty of water, and mineral resources with an extremely low-density population? That leaving outside the extremely privilege its position means.

This geopolitical comment is because I need the world to know exactly what is happening. We didn’t “choose” poorly. This was imposed. If we didn’t elect Hugo, the result would have been just another coup d’etat. And another, until thugs could control the country by force like it is happening now.

The other consequence is much worse. No crops, no food. People will die by the thousands unless extreme measures are taken. And I mean really extreme. We don’t deserve this.

People are getting fed up.

What has happened is, in one town in the Falcon state in the West of Venezuela (relatively close to the major refineries in South America, which are not producing even a drop of fuel), the fuel trafficking was so shameless that the entire town (and I hope this is will be an increasing trend) kicked the heck (literally!) out of the major and one middle-low rank uniforms, who is in the hospital right now. This collective beating means that crowds are starting to walk on the loose.

This is an isolated case, but this information spreads like wildfire even with the strongest of censorships. They took out of the pockets of one of the uniforms the 300$ he had made (illegally) selling gasoline in the middle of the night to the always existent privileged wealthy inhabitants. Be no mistaken, this money is part of the laundering system they have turned the country in. Selling gasoline to Colombian smugglers, they get CASH. Huge amounts of it. This cash is going to be stockpiled God knows where and for what reason.

In another town (the part where the footage in my channel is taken from) there was a massive protest when thousands of riders on all kinds of bikes (mostly the low-income class, on those cheap Chinese bikes). I’ve been in bike shows with many other riders but this was an aggressive, criminal-abundant pileup of guys on bikes. Truly scary. Never would consider getting close to such herd. I’d prefer to face a zombie herd with a baseball bat that getting into one of those. These are the kind of situations where one of them pulls a gun, shoots, take a nice shiny bike, and gets out of dodge. Nobody saw anything, there is no record of what happened. I know how things are with this failure of a State we are now.

And this leads me to another situation that deserves careful thinking. I’ve had to re-evaluate again our spot. With the gasoline scarcity the only ones being able to travel some distance, quarantine or not, are the guys riding these bikes. A few dollars spent in gasoline will be enough for them to travel long distances. Not all of them are thugs, sure. But a respectable amount are, enough to make you trigger a red alert if a couple of men on one of these bikes gets suddenly in your way. There are dirty cops that will have made previous arrangements. They will have sometimes free passage because they work for someone high in the political sphere, more often than you can think of.

This makes me think that, under the situation we are currently, not even being close to a road is a safe bet. I mean, my goal was to go with my kiddo and live peacefully in the mountains, until things settle down. It seems that doing this without an arsenal at home would be not the best of the ideas until the house itself has been adequately remodeled.

I would like to remark on something. Please don’t waste time. Start prepping and keep prepping. I always thought I would have more time to prep, but things happened too fast. Now that I need my house with minimal conditions, don’t even know how ruined it is, or if it has been looted or trespassed. My family cannot even go to check if everything is OK there because there is no fuel and town access is closed. My old folks cannot leave home, even when there is not one single case of the Chinese virus SARS/Cov2 in the entire state, 300 km around, one of the biggest states in the country.