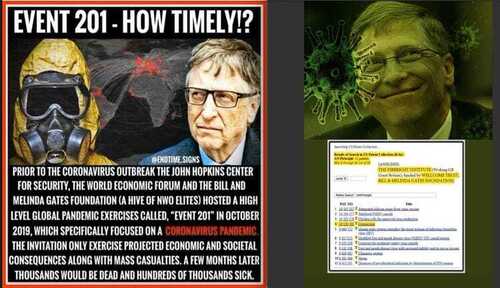 – The Globalists ‘Final Solution’ Of A Vaccine Is NO Solution

Americans are confused. Is the Centers for Disease Control (CDC) a vital, viable, and very visible guardian of national health, or is it “actually a vaccine company” as charged by Robert Kennedy, Jr.? The full title of the CDC is the Centers for Disease Control and Prevention, but is it prevention of disease or is it to prevent taxpayers from knowing the connection, collusion, corruption, and conspiracy with the vastly wealthy pharmaceutical companies, vaccine producers, and universities?

No doubt, many dedicated people work at the CDC; however, flawed people often become corrupted people when there is a threat to their status, their salary, and their success. This column and future columns will look closely at that possibility with federal health officials.

An attorney friend of mine who is a Harvard-trained Christian activist (not many around anymore) sent me a revealing email in response to one of my recent columns. He sued a Michigan hospital and the Centers for Disease Control on behalf of a female nurse who was fired by a Michigan hospital for declining to take a series of flu vaccinations. Her refusal was based on religious and health reasons.

She charged that the hospital, state health officials, and the CDC did not “fully disclose dangers, per Informed Consent rules.” She maintained that she had a right to be fully informed about the risks and side effects of the flu vaccine. That was not done.

As to the vaccine’s effectiveness, a 2019 National Public Radio report reveals, “The vaccine’s ability to prevent flu cases last year hovered around 44 percent overall; it was about 59 percent effective in young children and just 16 percent in adults over 65.” You can get much better odds in Las Vegas.

Now you know why health care workers, as well as this writer, adamantly refuse to get a flu shot.
(PLEASE HELP SUPPORT ANP: With Independent Media being censored on almost every internet platform, reader donations are what keeps websites like ANP up and running. Your donations are greatly appreciated. Thank you, Susan & Stefan) 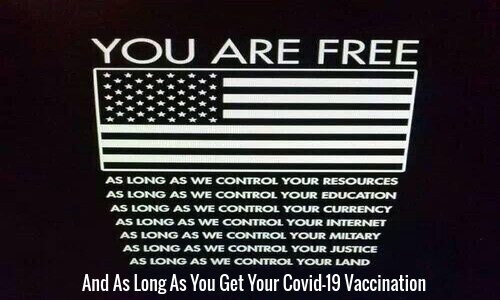 Everyone knows that some people are allergic to some vaccines; other patients may be recovering from an illness and too weak for foreign objects to be injected into a compromised body. We are assured that maybe one in a million will die of the flu shot, and others will be disabled while still others may suffer after-effects for months. However, if I am the one in a million, the odds don’t matter. I’m still dead. I don’t like the odds.

Health officials tell us that one possible problem with flu shots is the Gullian-Barre Syndrome (GBS) which results in 13% deaths and 20% or more disabilities with the inability to work for a year because of the syndrome. One does not know if he or she will die from a shot or be incapacitated or simply be uncomfortable for a few days. Does the individual take that risk, or does the all-powerful state decide that important personal decision?

No one on the face of the earth can guarantee the safety of any medicine or vaccination. A person must have the right to decide for himself or herself or their child as to what is put in their bodies. After all, anything can go wrong, and the law protects the vaccine maker and the health official who injects the victim—or patient if you insist.

Laws in all states require numerous vaccinations before a child can enter school, and many of those shots are mandated at an early age—the flu shot now given at six months! Moreover, multiple shots for childhood diseases are given at one time. Few ask if the child has been sick or is allergic to anything, nor do they inform parents of the vaccine’s ingredients. Few notify the parent of the risks and his or her legal rights for compensation if an injection goes awry.

Dr. Sherri J. Tenpenny reminds us that vaccine injuries are “rare,” but few reactions are accepted by the CDC as being caused by vaccines. They always look for other reasons, according to Tenpenny, to keep the numbers down, and if a vaccine is not on this list, it will not be permissible to sue for compensation. In a private letter, Dr. Tenpenny quotes the CDC Pink Book, “[M]any temporally associated adverse events probably represent background illness rather than illness caused by the vaccine.” If a child has an adverse reaction to the DTaP shot and has brain swelling within three days of the shot, a parent can sue; however, if the symptoms start on the fourth, fifth, or sixth day, there is no resort in the courts. Many times a physician illegally refuses to inform the CDC of any vaccine reactions.

Vaccine refusers are ridiculed and characterized as rebels, lawbreakers, and know-nothings who need to be dragged, kicking and screaming, into the 21st century. I’m not going. I have a civil, human, religious, and legal right to decide what goes into my body. Thugs, tyrants, and totalitarians tell me I don’t. Most states have removed religious and philosophical reasons for declining vaccinations, keeping only medical ones.

However, those same people tell me that a fornicating woman has a right to chop up, poison, or rip an unwanted child out of her womb, but I can’t decide what goes into my body.

We are told that an American has a right to decide to blow out his brains or to take a simple pill and go quickly and quietly into the dark night of eternity. He or she has a right to die but does not have a right to refuse a shot that may kill or injure him. That is abhorrent!

We are told a boy, pretending to be a girl, against the wishes of a parent, has a right to take body-changing hormones, and have various organs chopped off, followed by further physical and emotional mutilations. But he does not have a right to refuse a shot.