by Virginia Kruta, The Daily Caller:

McEnany, in response to a question about former National Security Adviser Michael Flynn, treated the press to a slide show of questions that she said “any good journalist” would want to see answered.

“I laid out a series of questions that any good journalist would want to know about why people were unmasked,” McEnany began, asking whether anyone in the room had followed up on her questions.

“Oh, not a single journalist has posed that question?” she asked, introducing her slides and suggesting that they all consider the answers to her questions over the holiday weekend. “Maybe you’re visual learners and you guys will follow up with journalistic curiosity,” she added.

Her questions were as follows:

“It’s a long weekend,” McEnany concluded. “You guys have three days to follow up on those questions and I certainly hope the next time I ask, some hands go up. Because Obama’s spokesperson should be asked those questions, because President Trump’s spokespeople certainly would be.”

With that, McEnany closed her folder and walked out of the briefing room. 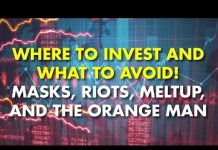