Democrats protest that vote fraud is not a problem — it isn’t for them, because they benefit the most from it.

As the cliché goes, that silence you hear is deafening. It is a Democratic Party article of faith that little to no election fraud ever occurs in the United States.

Because of this, it is not surprising that we have heard little to no public condemnation of the action taken by a Philadelphia judge of elections in taking thousands of dollars in bribes in order to increase the vote totals for three different candidates for Common Pleas Court judge in 2015. Other Democratic candidates were the beneficiary of the ballot box stuffing admitted to by Domenick J. DeMuro, who pleaded guilty of depriving of voters of their civil rights with his election fraud scheme.

DeMuro, 73, also admitted that he had violated the Travel Act by using his cell phone to aid him in his illegal activity.

U.S. Attorney William McSwain announced the guilty plea late this past week. “Our election system relies on the honesty and the integrity of its election officials. If they are corrupt, the system is corrupt, which creates opportunities for election fraud and for the counting of fake votes,” McSwain said to reporters in a video-recorded statement.

“DeMuro fraudulently stuffed the ballot box by literally standing in a voting booth and voting over and over, as fast as he could, while he thought the coast was clear,” McSwain added. “This is utterly reprehensible conduct. The charges announced today do not erase what he did, but they do ensure that he is held to account for those actions.”

The names of the candidates that DeMuro cast extra votes for were not released, and whether they won or lost was not revealed.

An unnamed political consultant paid DeMuro between $300 and $5,000 for each election, DeMuro admitted, to add votes for Democratic candidates for local judgeships, as well as for candidates running for other offices — local, state, and federal. According to the plea, the consultant took money from the candidate and used part of that money to pay DeMuro, who was an election judge in south Philadelphia.

It is difficult to believe that this is an isolated case, confined to Philadelphia or Pennsylvania.

It was in Pennsylvania in early 2019 that it was revealed that more than 11,000 non-citizens were registered to vote — illegally — in the state. “I believe that we need to take action and have those people removed immediately from the rolls. They were never eligible to vote,” said state Representative Daryl Metcalfe, a Republican who had to fight a legal battle to force Democratic Governor Tom Wolf to admit the problem.

An even worse problem was uncovered in Texas following the 2018 elections, where nearly 100,000 names on Texas voting rolls were discovered to be non-citizens who were likewise illegally registered to vote. State prosecutors have brought cases against some who cast ballots illegally.

How can this happen?

The 1993 Motor Voter law, passed by a Democratic-controlled Congress, and signed by Democratic President Bill Clinton, allowed people at public offices — such as tag agencies and welfare offices — to register to vote.

There is now a national push for mail-in voting, using the Covid-19 pandemic concerns as the excuse. While it is obvious that it is much easier for an election to be manipulated this way, Democrats defend it, charging those who express concern about the integrity of the ballot as just wanting to suppress legitimate voting. And they usually throw in the predictable “racist” accusation for anyone who wants to eliminate — or at least drastically reduce — vote fraud with safeguards such as photo ID.

Fraud such as that committed in Pennsylvania illustrates the wisdom of keeping the Electoral College, rather than going to some national popular vote system to elect the president. Under the system in which presidential electors cast their ballots for the presidential candidate who ran first in their state in that state’s popular vote, vote fraud is contained to that state. With the Electoral College, it does not matter how many extra ballots are cast in Democratic strongholds such as Los Angeles and Chicago, as the Democrat is probably going to win California and Illinois, either way. 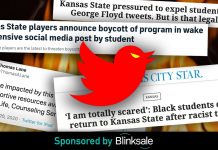