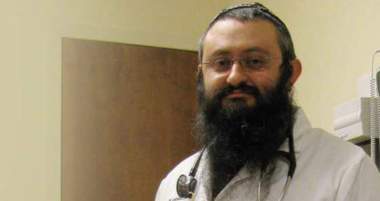 Throughout the plague-ridden spring of 2020, one aspect of the mainstream narrative has remained consistent: There is no treatment for COVID-19. So it is best, and mandated by government decree, that everyone stay locked down in their homes, that business (except for those of the largest variety) are non-essential and should be shut down, and that life should be restricted as much as possible.

Much of this is dangerous and unprecedented, and it is in part based on a complete untruth. The notion that there is no treatment available for COVID-19 is simply not true, as several doctors in the United States and abroad have developed treatment protocols that they say are working. Among these is Dr. Vladimir Zelenko (shown).

Practicing in a community on the outskirts of New York City, the epicenter of the pandemic outbreak in the United States, Dr. Zelenko has gained international fame for his work in treating COVID-19 patients with a three drug treatment consisting of hydroxychloroquine, azithromycin, and zinc. Heavily promoted early on by President Trump, but panned by the mainstream media and politicized almost to extinction in the United States, the treatment as administered by Dr. Zelenko seems to have had noteworthy success.

In an interview with The New American’s Christian Gomez, Dr. Zelenko described how he decided on the course of treatment as well as why and how he believes it has proven effective in saving lives.

“I started studying the basic science of how this virus works,” Dr. Zelenko said in the video interview made available on YouTube.

So like all viruses, a virus cannot replicate or grow on its own, it needs to get inside a cell and when it goes inside a cell it steals the resources of the cell and uses those resources to replicate, to reproduce. And in the process of doing so it kills the cell,” he continued./p>

“So it turns out that zinc, it’s well-known that it inhibits viral replication and specifically in the cytoplasm, in the inside of the cell there is an enzyme … and it’s used by the virus to make copies of its genetic material so that it makes more virus. So this enzyme is essential to viral growth. Turns out that zinc inhibits that enzyme, it deactivates the enzyme and so it makes it very difficult if not impossible for the virus to grow. The problem that we have with zinc is that it doesn’t get into the cell at all because its like oil and water. Zinc is a positive charged ion that is dissolved in the plasma and the cell membrane is essentially cholesterol — it’s made up of a phospholipid bilayer essentially. So what that is, is oil and water. So even though zinc is effective against the viral growth, it cannot get into the place where the virus is. So what does hydroxychloriquine do? In this case, it’s nothing more than opening a door, a channel, a zinc transport channel, it’s called a zinc ionophore, and it allows for zinc to go from outside the cell to the cytoplasm, to inside the cell. Thats all it does.”

There is research, however, that indicates chloroquine/hydrochloroquine may have a direct antiviral properties. In work published in the journal Antiviral Researcher in May, researchers Franck Touret of Aix Marseille Université and Xavier de Lamballerie of Émergence des Pathologies Virales noted: “The in vitro antiviral activity of chloroquine has been identified since the late 1960’s and the growth of many different viruses can be inhibited in cell culture by both chloroquine and hydroxychloroquine, including the SARS coronavirus.”

With viral replication seemingly inhibited by Dr. Zelenko’s treatment protocol, the disease is slowed in its progression, or possibly prevented from progressing entirely. Importantly, however, according to Dr. Zelenko, treatment needs to begin early, before the virus has replicated to such an extent that its growth can no longer be successfully inhibited.

“The sooner you deal with it, the easier it is to treat it,” Dr. Zelenko noted, pointing out that this is in keeping with normal medical practice, which generally advises that it is better to catch and treat problems early in their progression.

In the interview, Dr. Zelenko noted that patients having symptoms should visit a doctor early, and that their symptoms should lead to treatment immediately, even before COVID-19 test results are obtained.