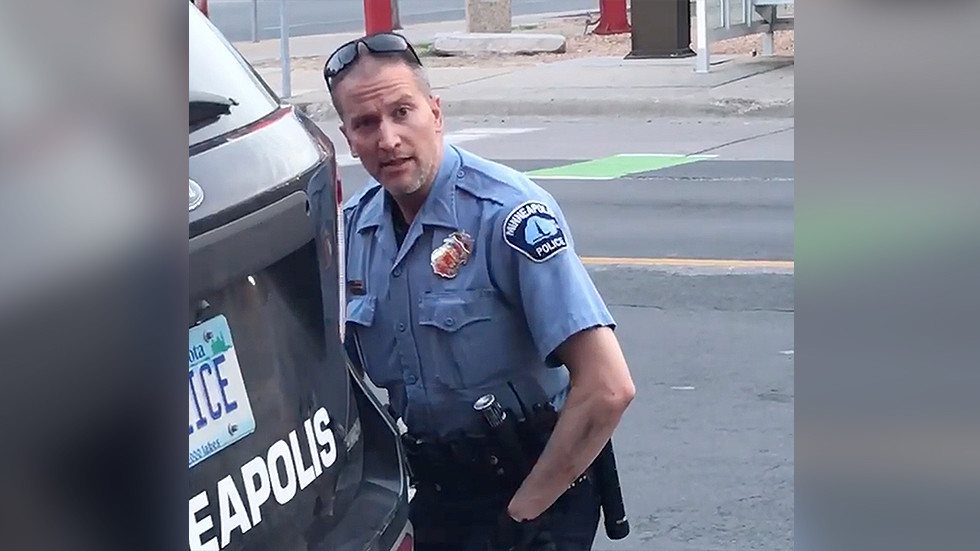 The former police officer filmed kneeling on the neck of an African-American man who later died has been arrested, Minnesota authorities said. The arrest comes after two days of riots and looting in the Twin Cities.

Derek Chauvin was taken into custody on Friday, local media reported citing John Harrington, commissioner of the Minnesota Department of Public Safety. Chauvin and three other officers were fired after the video of their May 25 arrest of George Floyd became public. In the footage, Chauvin can be seen kneeling on Floyd’s neck as the African-American man says he can’t breathe. Floyd died in custody.

Chauvin has been charged with third-degree murder and manslaughter, local authorities announced. He had been with the Minneapolis PD for 19 years, with several incidents related to use of force.

Protesters demanding Chauvin be arrested and charged with murder gathered peacefully at the site of Floyd’s death on Tuesday and outside the former officer’s home on Wednesday morning. By the evening, however, there was an attack on the 3rd Precinct police station, followed by the looting and torching of nearby businesses.

Riots continued on Thursday across Minneapolis and the adjacent city of St. Paul, with the authorities stopping public transit and calling up the National Guard. Police later stood down and allowed the rioters to destroy the 3rd Precinct and damage another station.