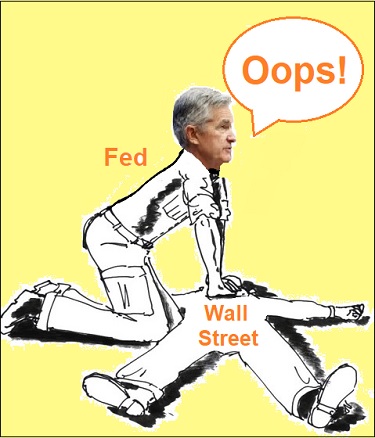 On May 13 the House Financial Services’ Subcommittee on Consumer Protection and Financial Institutions held a virtual roundtable with federal regulators. One of the regulators in attendance was the Vice Chair for Supervision at the Federal Reserve, Randal Quarles.

At the very end of what evolved into a roundtable beset with static and inaudible passages, it was Utah Congressman Ben McAdams’ turn to ask questions. McAdams’ voice was sharp and crisp. He politely said he had a question about the corporate bond buying program that the Fed was launching (for the first time in its 107-year history). The exchange went as follows:

Quarles: “Our intention is to buy and hold.”

That answer from Quarles effectively means that the Fed plans to keep its corporate bond buying program alive for at least half a decade. Here’s how we know that.

The Fed has two corporate bond buying programs: the Primary Market Corporate Credit Facility (PMCCF) and the Secondary Market Corporate Credit Facility (SMCCF). The Fed has released detailed descriptions (called Term Sheets) for both programs. The PMCCF Term Sheet indicates that the bonds it will be buying will “have a maturity of four years or less.” The Term Sheet for the SMCCF states that the bonds it will buy will “have a remaining maturity of 5 years or less.” Since the Fed plans to “buy and hold,” the program will have to be alive for at least five years until the last of its bonds mature. But here’s why the program could become much longer than that.

Additionally, corporate bonds pay interest, typically every six months. What is the Fed going to do with that income? In the case of its other bond buying programs for Treasury securities and Mortgage-Backed Securities (MBS), the Fed uses the interest income and maturing principal to buy more of the same bonds. There’s every reason to believe it will do the same with the corporate bond buying program. If the Fed is using the interest income to perpetually buy more four- and five-year bonds, we’re looking at the potential for an infinite time frame.

The MBS also started out to be a short-lived program during the last financial crisis. It launched on January 5, 2009. It’s still alive today 11 years later with $1.86 trillion on the Fed’s balance sheet in Mortgage-Backed Securities.

The first leg of the Fed’s corporate bond buying began on May 12, with the SMCCF buying up Exchange Traded Funds (ETFs) holding both investment grade and junk bonds. In just an 8-day period, the Fed’s balance sheet showed that it was holding $1.8 billion in bond ETFs.

The CARES Act stimulus bill allocated $454 billion of taxpayers’ money to be used as “loss absorbing capital” to eat the first 10 to 25 percent of losses in the Fed’s rapidly growing list of bailout facilities. The Fed will use $50 billion of that for the PMCCF and $25 billion for the SMCCF – at least for starters. Those programs will be leveraged by an approximate factor of 10 to 1 by the Fed to create a $750 billion corporate bond buying program, buying corporate bonds outright as well as ETFs holding corporate bonds. 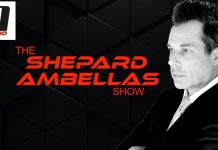 Medical worker whistleblower: The system is taking control of how we operate our patient records 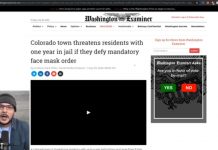 Town Threatens ONE YEAR In Jail For Not Wearing A Mask??! States Launch MANDATORY Mask Laws