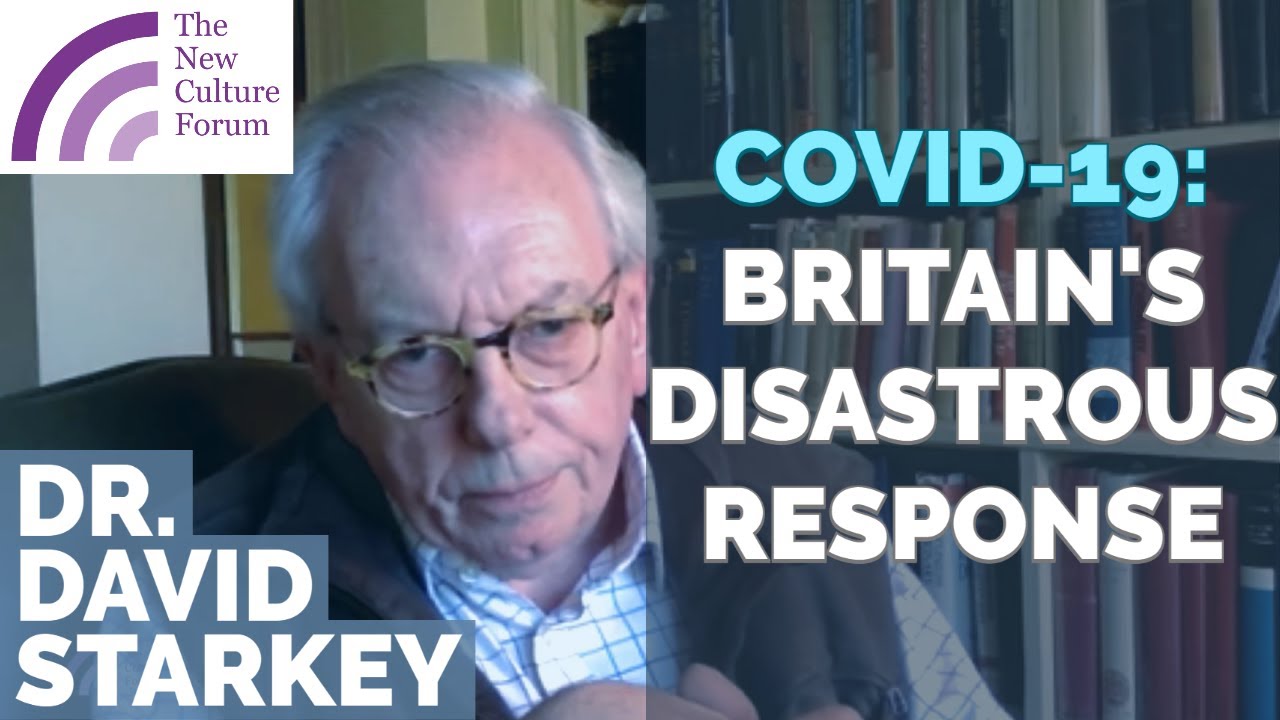 Acclaimed British historian Dr. David Starkey argues that a calamitous series of events and decisions caused a panicked British government to recklessly abandon its initially sensible Coronavirus strategy for one that is likely to harm the nation far more than the virus itself. The results have been nothing short of disastrous.

Starkey compares the Coronavirus with other past historical pandemics, noting that earlier pandemics like the Black Death killed up to half of the population of Europe. In contrast, with COVID-19, although profoundly tragic on a personal level to the individuals and families afflicted, this Coronavirus is nowhere near past pandemics in terms of human casualties.

Consequently, Starkey argues, Boris Johnson’s government was initially correct to follow a similar path to Sweden which was far more relaxed than elsewhere in Europe, but on a single weekend there was a calamitous confluence of events and decisions that caused the Tory government to panic – with the public haunted by media images of Northwick Park Hospital overwhelmed, coupled with Imperial College’s exaggerated computer modelling showing potential 500,00 deaths. The result of which was a 180 degree pivot to an extreme ‘lockdown’ policy. Government claimed its goal to was to “flatten the curve” in order to protect the NHS from being overwhelmed. In real political terms, this was a shaky Tory government which was desperate to prove to the traditional Labour “Red Wall” that the Conservative Party really was their natural home, hence Boris Johnson’s made NHS capacity the public relations centerpiece of its policy to tackle Coronavirus. This turned out to be disastrous for non-COVID patients, with institutional neglect of cancer, heart and other ill patients across the country. According to Starkey, this was an unprecedented abandoning of the Hippocratic oath by the health service.