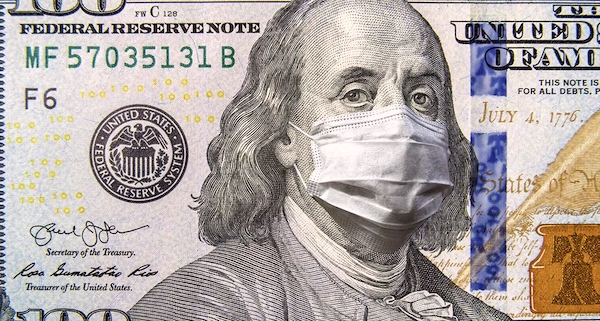 International Man: Do you think there will be retail inflation in the months ahead?

David Stockman: I think it’s hard to say because there are opposite forces at work.

On the one hand, if you look at something like oil and commodities, generally, we’re in a territory we’ve never been in before. The current demand for oil dropped by 30 million barrels a day, where they used to focus on blips of 400,000 a day, plus or minus.

This last effort to prop up the OPEC cartel is failing very fast. That side of the price index of the market basket is likely to head south very strongly.

On the other hand, supply chains are being disrupted with increasing intensity.

We’re looking at these meat processing plants that are being shut down. We’re looking at farmers who can’t get their products to market, and we’ll see more of that as we get into the production season this year. That’s just in the food area.

If we look at manufactured goods, China seems to be coming back to life a little bit, but the supply chains between here and there have been disrupted. There are big questions about what—in terms of both necessities and discretionary goods—will be available.

I think you’re going to have some prices skyrocketing for things that suddenly become scarce due to supply chain breakdowns.

In contrast, you’re going to have other things falling—especially the commodities that are collapsing owing to the drastic, unprecedented collapse in demand.

How that balances out, I think, is hard to tell at this point.

It won’t be long before all the C-suites of America see their stock options melting before their eyes and the stock price for the average company down 30%, 40%, or 50%.

They’re going to start throwing stuff overboard in hopes that with enough restructuring, layoffs, plant closures, and asset write-offs, they can convince the market to buy their stock again.

On top of the economic damage caused by mayors, governors, and the public health authorities ordering shutdowns, we’re going to have another C-suite-caused layer to this recession. As that runs its course, the C-suites are going to be laying even more damage on top of it. That’s the outlook that I see.

International Man: What can the average person do in this volatile environment to protect themselves?

David Stockman: One, there is no point whatsoever in being in the securities market—the stock market, bond market, ETFs, or trying to pick out companies that are winning from the shutdown like Amazon or Netflix.

I think you must get out of these markets. There’s no point in holding onto stocks or at least buying more.

What people need to do is get liquid.

They’ve pumped all this money we’ve talked about and have done nothing to stop the economy’s collapse or even the financial markets.

The thing to do will be to stay liquid, accumulate gold, and to minimize spending. We don’t know how or when we’re going to come out of this.

No one has ever taken this kind of jackhammer to the economy in such a brief time and shut it down. We just don’t understand whether this is going to take a year or ten years to work out of.

Therefore, the prudent thing right now is to hunker down, minimize discretionary spending, build up liquidity, get into cash, and buy gold.