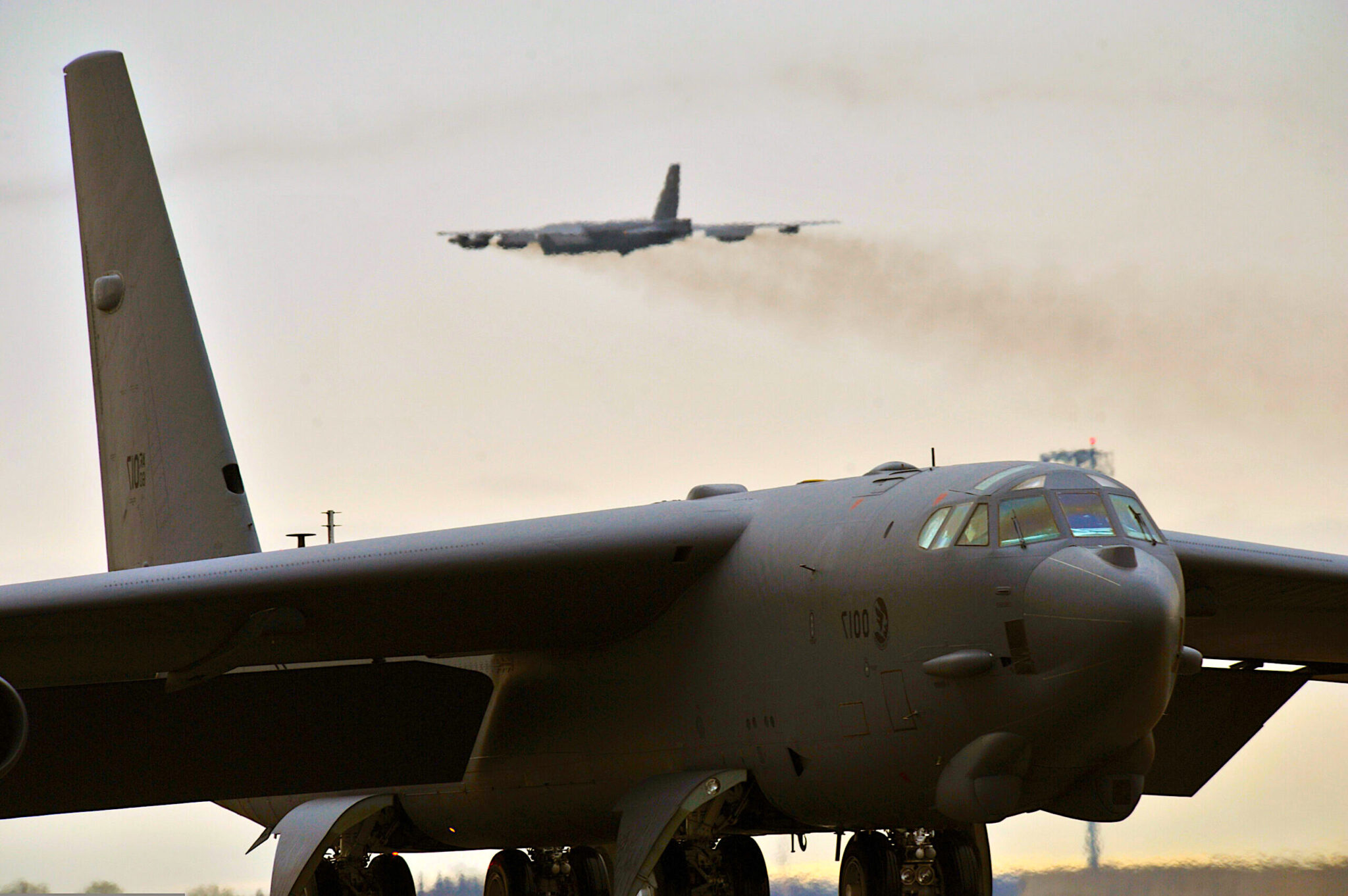 While many Americans were anxiously awaiting their $1,200 relief payments, the Department of Defense was expediting contract payments to the arms industry, writes Mandy Smithberger.

At this moment of unprecedented crisis, you might think that those not overcome by the economic and mortal consequences of the coronavirus would be asking, “What can we do to help?” A few companies have indeed pivoted to making masks and ventilators for an overwhelmed medical establishment. Unfortunately, when it comes to the top officials of the Pentagon and the CEOs running a large part of the arms industry, examples abound of them asking what they can do to help themselves.

It’s important to grasp just how staggeringly well the defense industry has done in these last nearly 19 years since 9/11. Its companies (filled with ex-military and defense officials) have received trillions of dollars in government contracts, which they’ve largely used to feather their own nests. Data compiled by The New York Times showed that the chief executive officers of the top five military-industrial contractors received nearly $90 million in compensation in 2017. An investigation that same year by The Providence Journal discovered that, from 2005 to the first half of 2017, the top five defense contractors spent more than $114 billion repurchasing their own company stocks and so boosting their value at the expense of new investment.

To put this in perspective in the midst of a pandemic, the co-directors of the Costs of War Project at Brown University recently pointed out that allocations for the Food and Drug Administration, the Centers for Disease Control and Prevention, and the National Institutes of Health for 2020 amounted to less than 1 percent of what the U.S. government has spent on the wars in Iraq and Afghanistan alone since 9/11. While just about every imaginable government agency and industry has been impacted by the still-spreading coronavirus, the role of the defense industry and the military in responding to it has, in truth, been limited indeed. The highly publicized use of military hospital ships in New York City and Los Angeles, for example, not only had relatively little impact on the crises in those cities but came to serve as a symbol of just how dysfunctional the military response has truly been.

Bailing Out the Military-Industrial Complex

Demands to use the Defense Production Act to direct firms to produce equipment needed to combat Covid-19 have sputtered, provoking strong resistance from industries worried first and foremost about their own profits. Even conservative Washington Post columnist Max Boot, a longtime supporter of increased Pentagon spending, has recently recanted, noting how just such budget priorities have weakened the ability of the United States to keep Americans safe from the virus. “It never made any sense, as Trump’s 2021 budget had initially proposed, to increase spending on nuclear weapons by $7 billion while cutting Centers for Disease Control and Prevention funding by $1.2 billion,” he wrote. “Or to create an unnecessary Space Force out of the U.S. Air Force while eliminating the vitally important directorate of global health by folding it into another office within the National Security Council.” 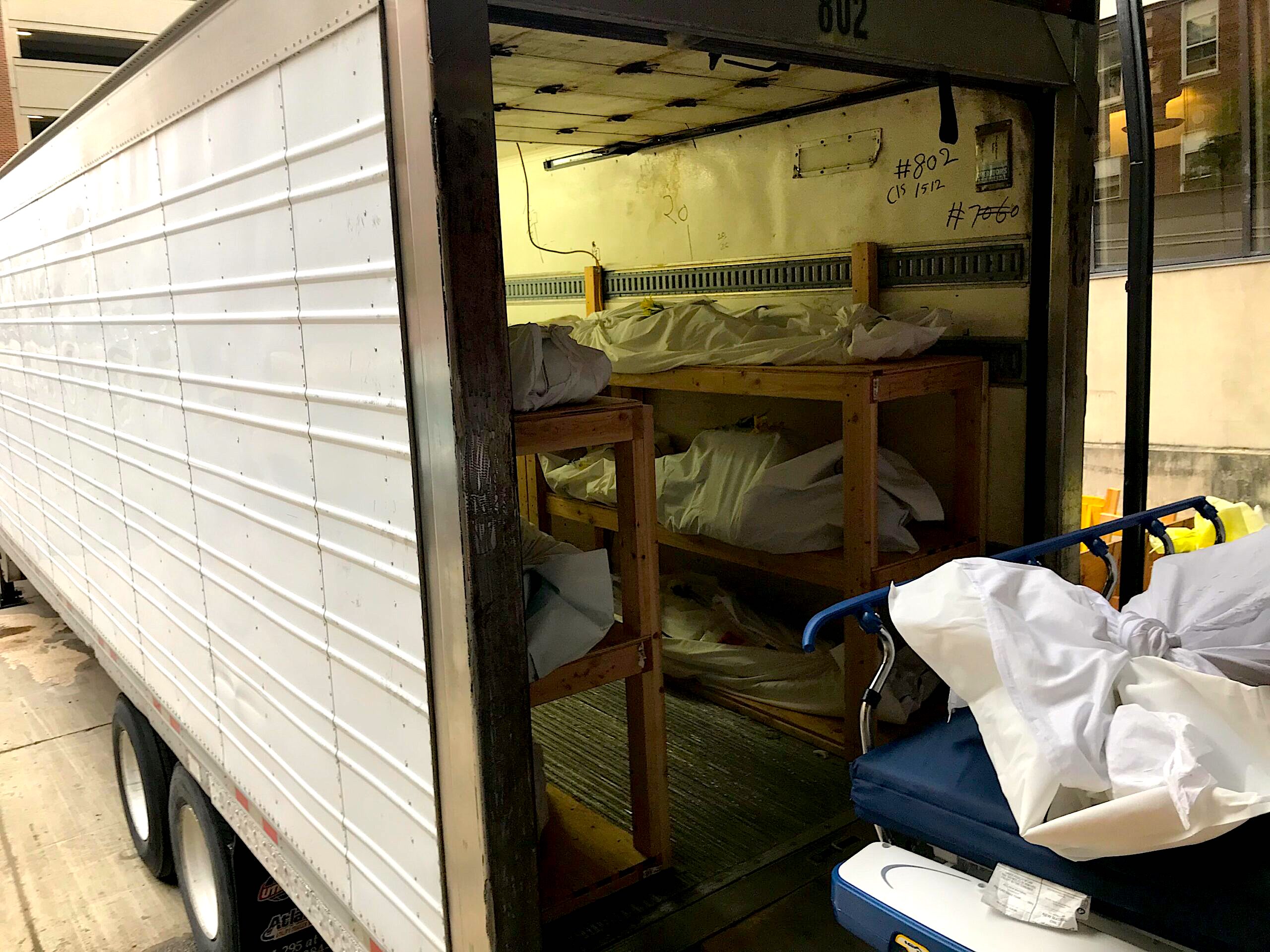 The bodies of those who have died are placed in in a 53 foot “mobile morgue” outside a hospital in Hackensack, N.J., April 27, 2020. (Lawrence Purce, Flickr, CC0, Wikimedia Commons)

In fact, continuing to prioritize the U.S. military will only further weaken the country’s public health system. As a start, simply to call up doctors and nurses in the military reserves, as even Secretary of Defense Mark Esper has pointed out, would hurt the broader civilian response to the pandemic. After all, in their civilian lives many of them now work at domestic hospitals and medical centers deluged by Covid-19 patients.

The present situation, however, hasn’t stopped military-industrial complex requests for bailouts. The National Defense Industrial Association, a trade group for the arms industry, typically asked the Pentagon to speed up contracts and awards for $160 billion in unobligated Department of Defense funds to its companies, which will involve pushing money out the door without even the most modest level of due diligence.

Already under fire in the pre-pandemic moment for grotesque safety problems with its commercial jets, Boeing, the Pentagon’s second biggest contractor, received $26.3 billion last year. Now, that company has asked for $60 billion in government support. And you undoubtedly won’t be surprised to learn that Congress has already provided Boeing with some of that desired money in its recent bailout legislation. According to The Washington Post, $17 billion was carved out in that deal for companies “critical to maintaining national security” (with Boeing in particular in mind). When, however, it became clear that those funds wouldn’t arrive as a complete blank check, the company started to have second thoughts. Now, some members of Congress are practically begging it to take the money.