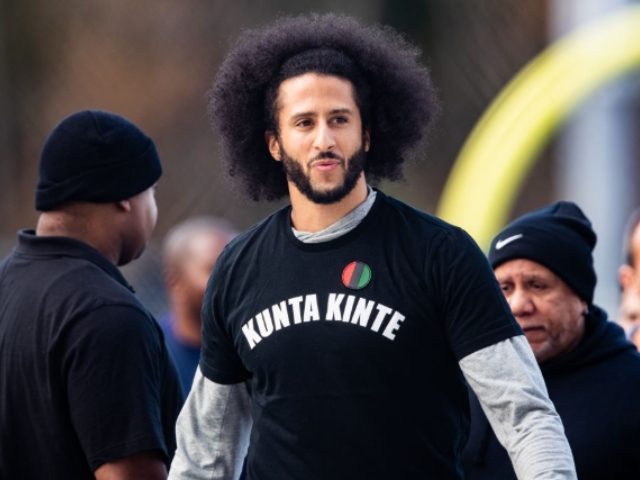 Former NFL player Colin Kaepernick jumped to Twitter to offer to pay the legal fees of the “freedom fighters” rioting and burning down the city of Minneapolis in the wake of George Floyd’s death.

Kaepernick not only called the rioters “freedom fighters” and offered to pay their legal expenses if they get arrested while looting stores and burning down private property, but he also slipped in an advertisement to solicit donations to his Know Your Rights Camp.

“In fighting for liberation there‘s always retaliation,” he wrote on Friday. “We must protect our Freedom Fighters. We started a legal defense initiative to give legal representation to Freedom Fighters in Minneapolis paid for by @yourrightscamp.”

In fighting for liberation there‘s always retaliation. We must protect our Freedom Fighters. We started a legal defense initiative to give legal representation to Freedom Fighters in Minneapolis paid for by @yourrightscamp

For representation or to donate https://t.co/q0pzAObCiG

The group the former football player founded also claimed it has already begun setting up the legal services.

According to TMZ Sports, the group released a statement claiming they have, “identified and teamed up with top defense lawyers in the Minneapolis, Minnesota area to provide legal resources for those in need.

“When there is an injustice within our community, it is our legal right to address it, by any means necessary,” the Know Your Rights Camp continued.

“If you, or a loved one is in need of legal assistance, or has been arrested while fighting injustice in the Minneapolis area, please complete the form below with as much detail as possible,” they concluded.