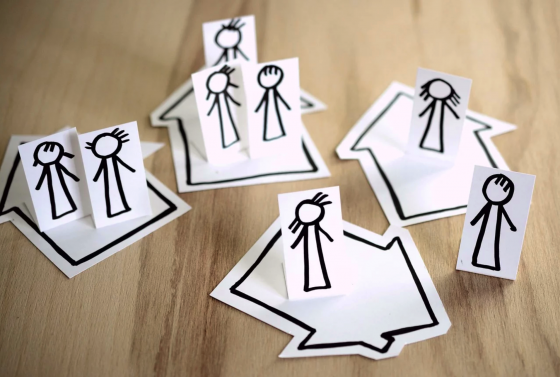 The cascading failures that have been set into motion by this “coronavirus shutdown” are going to make the financial crisis of 2008 look like a Sunday picnic.  As you will see below, it is being estimated that unemployment in the U.S. is already higher than it was at any point during the last recession.  That means that millions of American workers no longer have paychecks coming in and won’t be able to pay their mortgages.  On top of that, the CARES Act actually requires all financial institutions to allow borrowers with government-backed mortgages to defer payments for an extended period of time.  Of course this is a recipe for disaster for mortgage lenders, and industry insiders are warning that we are literally on the verge of a “collapse” of the mortgage market.

Never before in our history have we seen a jump in unemployment like we just witnessed.  If you doubt this, just check out this incredible chart.

Millions upon millions of American workers are now facing a future with virtually no job prospects for the foreseeable future, and former Fed Chair Janet Yellen believes that the unemployment rate in the U.S. is already up to about 13 percent…

Former Federal Reserve Chair Janet Yellen told CNBC on Monday the economy is in the throes of an “absolutely shocking” downturn that is not reflected yet in the current data.

If it were, she said, the unemployment rate probably would be as high as 13% while the overall economic contraction would be about 30%.

If Yellen’s estimate is accurate, that means that unemployment in this country is already significantly worse than it was at any point during the last recession.

And young adults are being hit particularly hard during this downturn…

As measures to slow the pandemic decimate jobs and threaten to plunge the economy into a deep recession, young adults such as Romero are disproportionately affected. An Axios-Harris survey conducted through March 30 showed that 31 percent of respondents ages 18 to 34 had either been laid off or put on temporary leave because of the outbreak, compared with 22 percent of those 35 to 49 and 15 percent of those 50 to 64.

As I have documented repeatedly over the past several years, most Americans were living paycheck to paycheck even during “the good times”, and so now that disaster has struck there will be millions upon millions of people that will not be able to pay their mortgages.

It is being projected that up to 30 percent of all mortgages could eventually default, and when you add the fact that millions upon millions of Americans will be deferring payments thanks to the CARES Act, it all adds up to big trouble for the mortgage industry…

A broad coalition of mortgage and finance industry leaders on Saturday sent a plea to federal regulators, asking for desperately needed cash to keep the mortgage system running, as requests from borrowers for the federal mortgage forbearance program are pouring in at an alarming rate.

The Cares Act mandates that all borrowers with government-backed mortgages—about 62% of all first lien mortgages according to Urban Institute—be allowed to delay at least 90 days of monthly payments and possibly up to a year’s worth.

Needless to say, many in the mortgage industry are absolutely furious with the federal government for putting them into such a precarious position, and one industry insider is warning that we could soon see the “collapse” of the mortgage market…

“Throwing this out there without showing evidence of hardship was an outrageous move, outrageous,” said David Stevens, who headed the Federal Housing Administration during the subprime mortgage crisis and is a former CEO of the Mortgage Bankers Association. “The administration made a huge mistake bringing moral hazard in and thrust extraordinary risk into the private sector that could collapse the mortgage market.”

Of course a lot of other industries are heading for immense pain as well.

At this point, even JPMorgan Chase CEO Jamie Dimon is admitting that the U.S. economy as a whole is plunging into a “bad recession”…

Jamie Dimon said the U.S. economy is headed for a “bad recession” in the wake of the coronavirus pandemic, but this time around his company is not going to need a bailout. Instead, JPMorgan Chase is ready to lend a hand to struggling consumers and small businesses.

“At a minimum, we assume that it will include a bad recession combined with some kind of financial stress similar to the global financial crisis of 2008,” Dimon, the CEO of JPMorgan Chase, said Monday in his annual letter to shareholders.

And the longer this coronavirus shutdown persists, the worse things will get for our economy.

In fact, economist Stephen Moore is actually predicting that we will be “facing a potential Great Depression scenario” if normal economic activity does not resume in a few weeks…